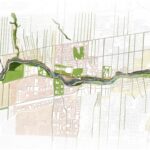 On Thursday 16 November, three design teams presented their visions for the Olentangy River Corridor in Columbus, Ohio. West 8 collaborated with Columbus local landscape architecture firm, REALM Collaborative, to present ideas for transforming the Olentangy River from an obstacle to a focal point for the city of Columbus.

Programming strategies along the river focus on creating spaces capable of supporting residential and commercial development, while providing riverfront amenities for visitors including: the bicycle and pedestrian highway, Buckeye Boulevard, which provides direct connections from Ohio State’s campus to Downtown; and Buckeye Beach – an urban beach creating opportunities for students to see the Olentangy River as a center of campus recreation.

The presentation concluded a month-long charrette exercise hosted by the Ohio State University’s Austin E. Knowlton School of Architecture with sponsors including the City of Columbus, Columbus Downtown Development Corporation (CDDC), the Columbus Partnership, Nationwide Realty Investors, and the Mid-Ohio Regional Planning Commission (MORPC). In mid-October, teams from the three firms gathered in Columbus for site tours of the Olentangy River and a day-long design session followed by presentations of initial concepts.

Altogether, the work presented at this charrette challenges Columbus to envision the Olentangy as a center of city life, while providing solutions to the nature of vehicular and pedestrian transportation which complicates the corridor today.

Summaries of the event have been published on OSU’s website. 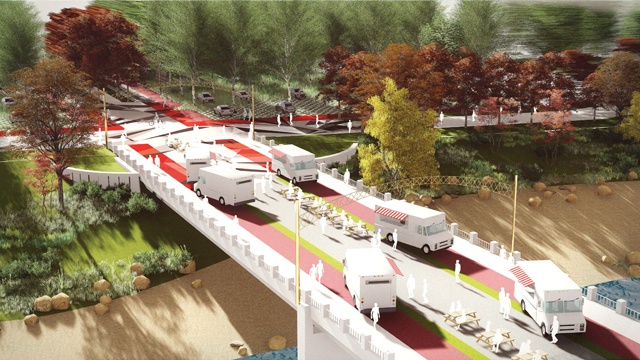 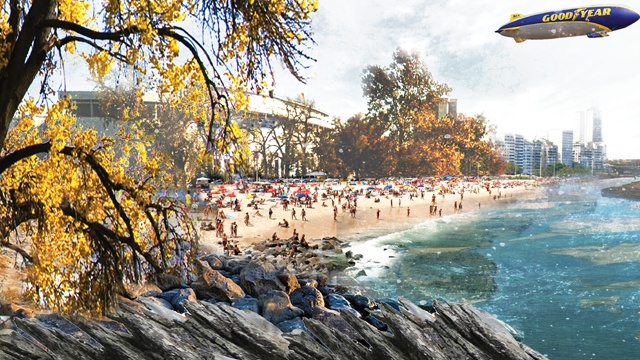 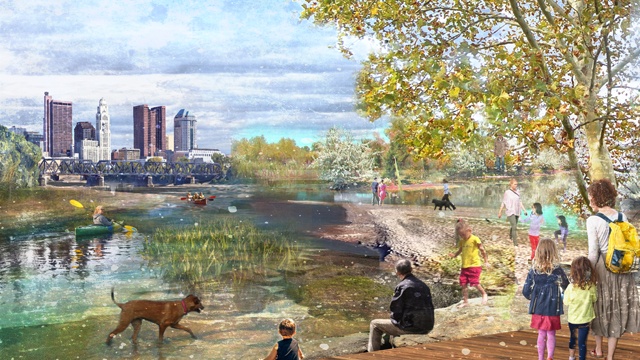 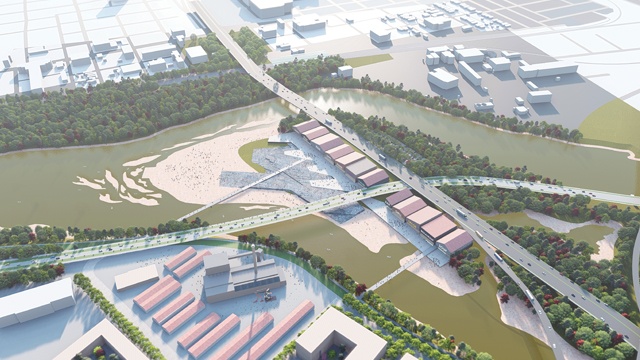