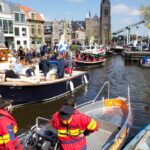 Restoring the Historic Identity of Leidschendam

The historic center of Leidschendam in the South of Holland is in the midst of a major urban renewal. Historically, the Vliet River was an important driver for the development of the area, ferrying people and goods through Holland in the Middle Ages, and even in Roman times.

Today, the area around the lock forms the starting point for the urban redevelopment plan for the central area of Leidschendam. This process, initiated by the Province of Leischendam, is led by West 8 who is responsible for the masterplan and supervision as well as the design of the public space.

For years, the town focused its attention on the development of the Damplein (dam square) as central location, neglecting the lock area. Situated at the mouth of the Vliet canal, which runs from Leiden to Delft, the 17th century lock is bordered by beautiful historical buildings, and is truly a unique place. Based on the historical urban analysis, West 8 decided to re-designate the lock area as the central town square and symbol of Leidschendam.

The revitalization of the historic lock, the alleys and small squares, which were completed in 2013 is the first step in restoring the beautiful cultural heritage of Leidschendam. The ongoing development of 550 new dwellings, new streetscapes and extension of the town’s waterways will strengthen centres’ identity and generate renewed impetus for the local economy. 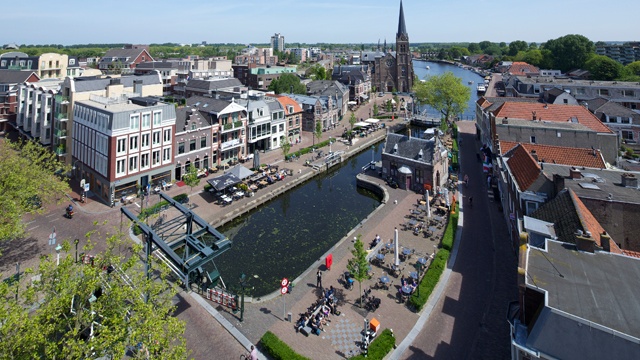 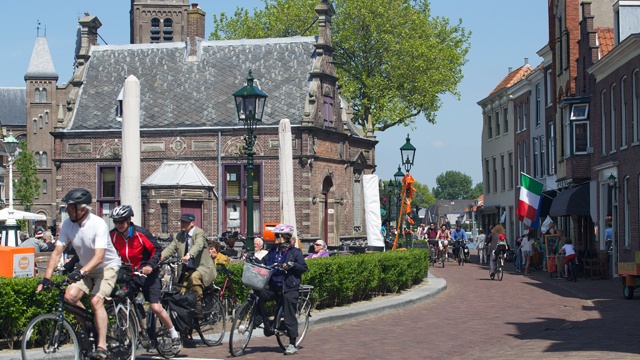