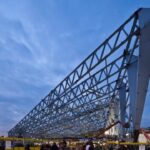 Rotterdam Centraal has been announced  as one of the nominees for the 2014 Dutch Nationale Staalprijs (National Steel Award). The award, now in its 20th year celebrates the inspiring use of steel in building projects completed in the last two years.  The station is one of fifteen nominees selected from over a 100 applicants for the 2014 award which is organized into five categories. Rotterdam Centraal is nominated in the commercial and industrial buildings category. The winners will be announced on the 2nd of October during the Nederland Nationale Staalbouwdag (National Steel Building Day).

Rotterdam Centraal is also one of five projects nominated in the International Projects category for the 15th edition of the Staalbouwwedstrijd (Steel Construction Awards), which is organized every alternative year in Belgium and Luxembourg. 31 projects were nominated from 164 entries and the winners of each of the 6 categories will be announced at the Belgium Steel Construction Day in Brussels on November 27, 2014.

The station which was officially opened by King Willem-Alexander of the Netherlands in March this year, is made from 3500 tons of steel. The main station hall structure is made entirely from steel, although this remains out of sight behind the roof and ceiling finishes, and the roof exterior is finished with a stainless steel seamed paneling.

Likewise, the roof structure over the tracks, which is 250m long x 150m wide and stands 12m high above the platforms is made of a system of longitudinal steel unbraced frames which stand in the middle of the six platforms and under the two long sides.  The truss columns are shaped like the capital letter Y, a direct reference to the shape of the old platform roof.

The project Rotterdam Centraal is characterized by its complexity, both from the environment in which it was built and by the large number of parties involved in the construction. The station, in glossy stainless steel is an icon at the beginning of the cultural axis of Rotterdam. 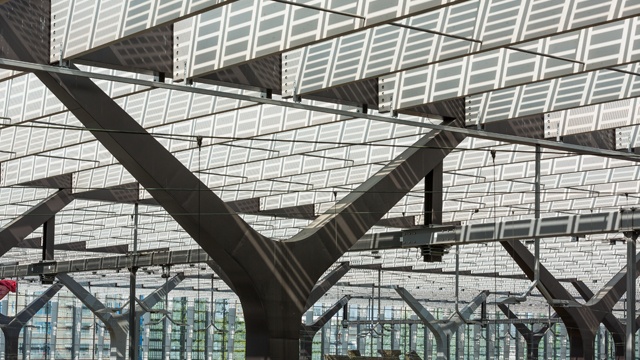 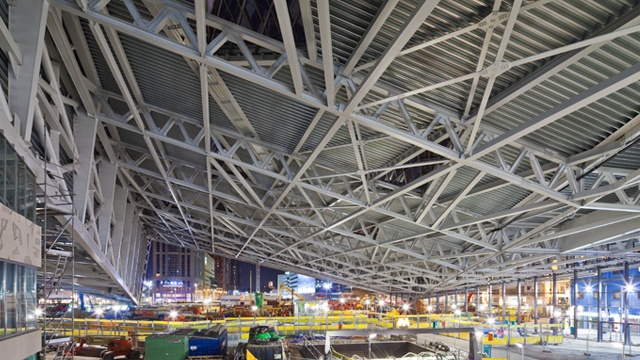