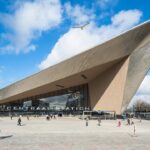 Rotterdam Centraal Nominated for the 2014 Dutch Design Awards and Houtprijs

The recently completed Rotterdam Centraal by Team CS (a cooperation between Benthem Crouwel Architects, MVSA Meyer en Van Schooten Architecten, West 8) has been announced a finalist for the 2014 Houtarchitectuurprijs (Wood Architecture Prize) and as one of five nominees in the Habitat Category for the 2014 Dutch Design Awards (DDA).

The design of new station, according to the DDA selection committee “uplifts the whole surrounding  area,…it gives the environment a clear focus point and creates a sense of tranquility, allowing the design to function well…and has led to a phenomenal result.”

Now in its twelfth year the Dutch Design Awards is an annual prize evaluating and showcasing the best of Dutch design. A committee of independent experts drafted the shortlist of 25 finalists in 6 categories from over 250 entries for this year’s awards. The finalists signal a growing awareness that there is more to design than is generally believed, says the committee. ‘‘Dutch designers focus on the development of new perspectives and are often the connecting factor between the involved parties.’’

An international jury of experts will select a winner in each of the six categories and present the awards during Dutch Design Week, which is held from the 18th – 27th of October. The work of all the finalists will be on view during this 9 day exhibition.

The award ceremony for the Houtprijs will also take place in October, during International Wood Day on the 7th of October at the Hulstkamp builing in Rotterdam.  Rotterdam Centraal is nominated for the Wood Architecture Prize in the Commercial Construction Category. The Award celebrates the design, proper application, detailing and the unique properties of this renewable material.

Hundreds of laminated wooden beams that support the glass roof structure of Rotterdam Centraal’s railyard, which also integrates 10,000 photovoltaic solar cells. While the ceiling of the station is made of135,000 linear meters of FSC Western Red Cedar wood. The wooden trim on the inside of the hall imbues the station with a warm and welcoming ambience, which offers travelers a pleasant stay and provides excellent acoustics. 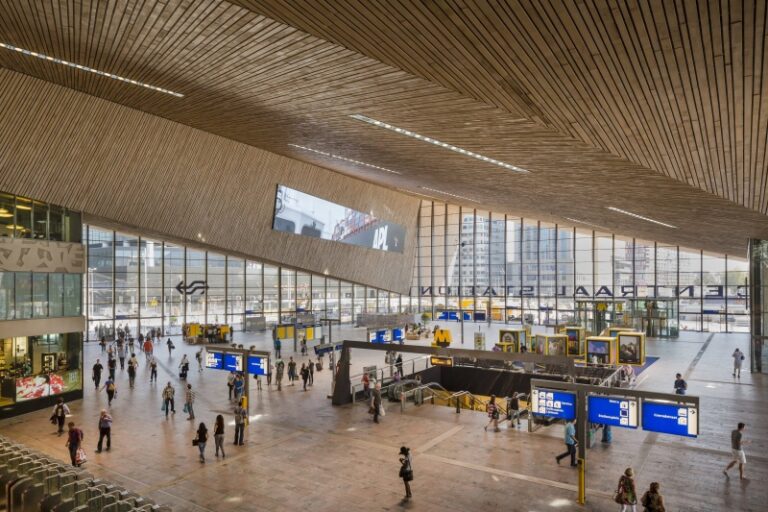 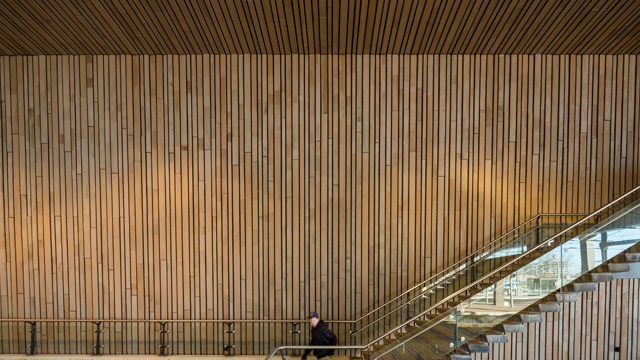 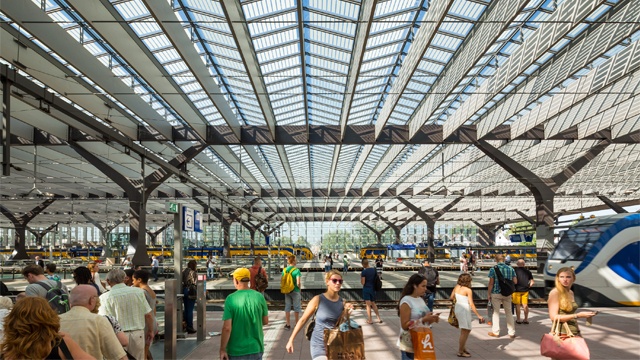