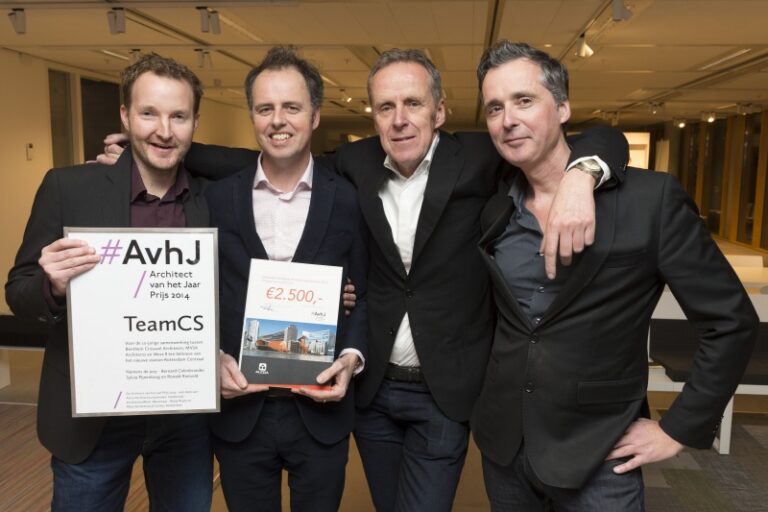 The theme for the 5th edition of the awards was “Non-commercial Construction”. This year a shortlist of 25 nominees were selected from the 44 projects submitted by professionals and the general public.

According to the jury: “The new Rotterdam Centraal Station is a project about cultural and historical stratification, urban context and future orientation. It is a building with an expressive architectural quality that contributes positively to the urban character of Rotterdam. Its quality is appreciated by everyone, from the most cynical architectural critic to the unsuspecting traveler. The jury takes a deep bow for Rotterdam Centraal.”

The theme of the Rotterdam Architecture Prize alternatives between three themes ‘Transformation’ (2010, 2013): ‘Non-commercial Construction’ (2012, 2014) and ‘Residential Construction’ (2011, 2015). The annual prize consists of both a Professional Jury Award as well as the Public Award.

Team CS (a collaboration between Benthem Crouwel Architects, MVSA Meyer and Van Schooten Architects, West 8) is bestowed with the title “Architect of the Year’ until the next edition of the awards.

From the Jury:
“[…] Engaged in design and construction for more than a decade, the designers have in an exemplary manner managed to connect two parts of the city back together, creating clarity in what was almost an inextricable tangle of traffic. The new station with its covered square creates a new entrance to the city of Rotterdam.

What we are interested in is not just the end result and that building with the huge canopy. Above all it is the refined, we might say, polished form work that deserves attention […] Team CS was a super formation, the Traveling Wilburys of Dutch architecture […] They have worked with all interested clients in the intensive process to achieve a good result with the 600 million construction budget and also worked to keep the political leaders on board. A huge carpet of stone now brings you from the platforms to the heart of the city. The public domain is the winner.

A new office was set up for one big project, using the specific knowledge and power of the individual participants. The jury feel that after a decade in operation Team CS, deserves wholeheartedly to win the Architect of the Year Award 2014 in the category of major agencies.” 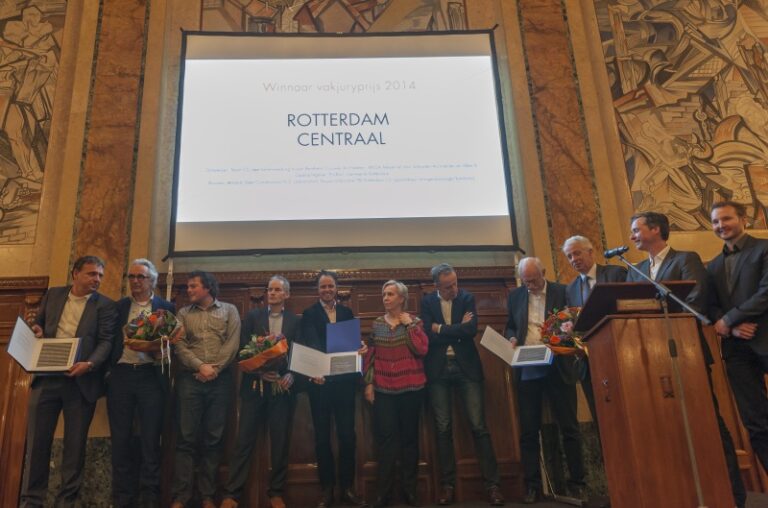 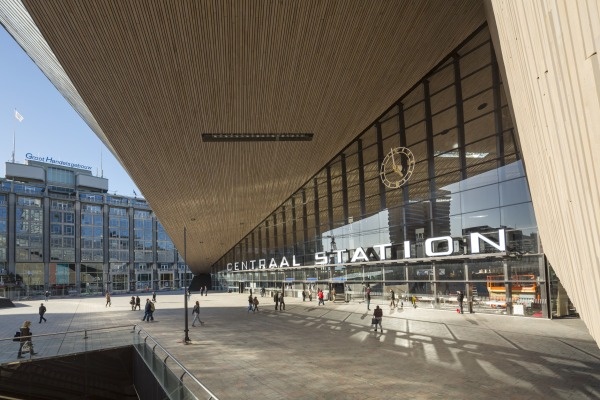 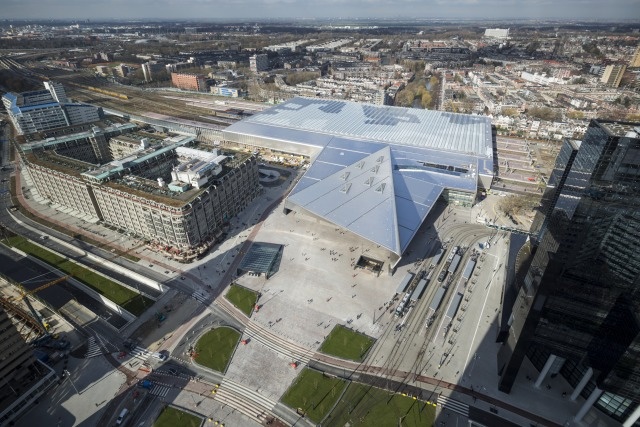 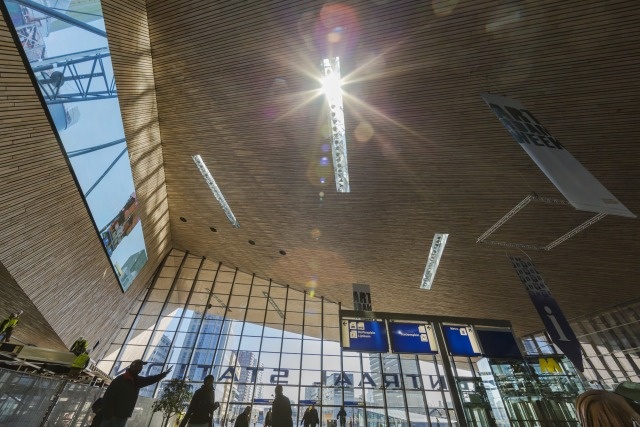