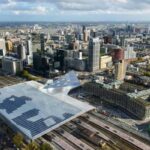 Both the Dutch Golden Phoenix (Gulden Feniks) and StiB awards were presented to Rotterdam Central District on Wednesday, 4th of June. The Golden Phoenix was presented at the nationwide real estate exhibition, PROVADA which is being held this week in the Amsterdam RAI. The jury of the Golden Phoenix praised the way in which Rotterdam Centraal “has effectively cut the Gordian knot of travel, traffic and public transport“, while the jury of the StiB Award were especially impressed by the design of the public space and the district’s new connections with the city.

Sustainable Use of Existing Environment

The jury of NRP (National Renovation Platform) Golden Phoenix reviewed 66 submissions this year. From these, Rotterdam Central District (RCD) emerged as the winner of the Area Transformation category. The NRP Golden Phoenix prize is intended to promote and inspire the sustainable use of the existing environment.

Juror Peter Kuenzli presented the award to the Municipality of Rotterdam. “For the jury it is no question that Rotterdam has built one of the most beautiful railway stations in Europe. (…) The jury finds it a phenomenal feat, how the daily traffic chaos which for years was typical between the station and the city area has been resolved”. The Jury firmly believes that the completion of the station and its square will provide ongoing development opportunities, encouraging a variety of big and small enterprises, with an emphasis on quality and a long-term focus to populate the central district of Rotterdam.

Rotterdam Central District was selected as a winner for the StiB (Cities in Motion) Award from almost fifty entries. The annual award by the WPM Group (Retail, Offices and Development Group) and Vastgoedmarkt, a online media for real estate market, was presented to the municipality of Rotterdam in the ‘Netherlands Recently Completed Area Enhancement’ category. Rotterdam Central District was praised for  its uniqueness, and its successful contribution to the increasing vitality and dynamism of the city of Rotterdam.

Today Rotterdam Central District is a mixture of living, working, travelling and the logical location for a high quality residential area and bustling city center with a thriving 24-hour economy. The district is located in the heart of Rotterdam and the mix of living (1000+ housing units), working (15,000 new employment opportunities) and transportation make Rotterdam Central District a vibrant urban gateway, where Rotterdam and Europe meet and relax. The project positioning is described in the vision document Weena | Glocal City District (GCD). 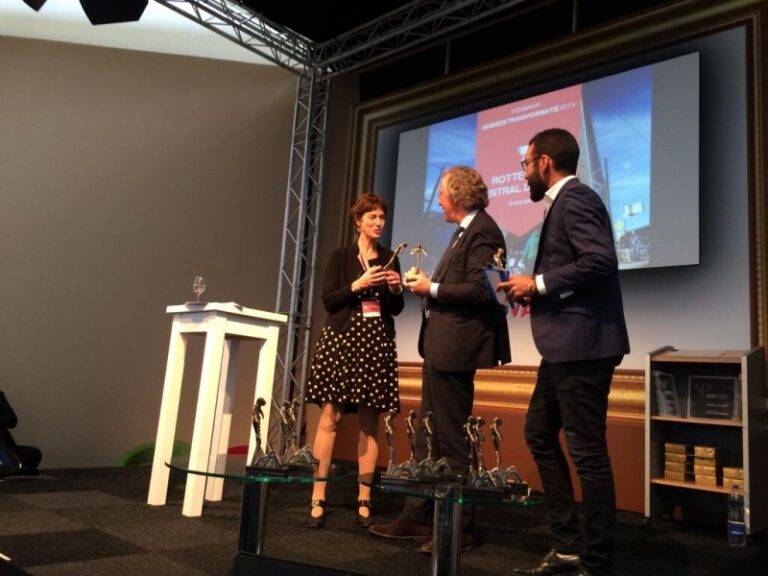