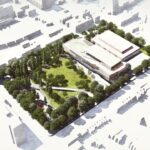 This September month the schematic design for More Moss Park in Toronto was presented to the public. MJMA together with West 8 and Public Studio were selected by The City of Toronto and ‘The 519’ in June to create a community-based proposal to enhance and expand existing programs, facilities and park space on the 3.4ha site.

Since June, an engagement team has been meeting with residents and users to gather advice and inform the feasibility study. More than 1,800 people have participated in over 2,500 conversations – sharing their time, experiences, and perspectives, which have subsequently informed the development of the design.

The renewed More Moss Park is envisaged as a frame of public program elements (building, landscape, and art) surrounding an open public ‘common’. The park not only provides new recreational opportunities, but more importantly, a flexible, inclusive and timeless park for all.

The park will be dedicated to providing inclusive recreational space and programs, responsive to the needs of the local community, including vulnerable and at risk communities, while advancing LGBTQ inclusion in sport and recreation. The landscape features 5% more park space, 175 more trees, a little league baseball diamond, 900m of seating, 500m of park path (including an elevated walkway), playgrounds, tennis and basketball courts, an outdoor skating pad and a host of community programming.

Suitable for the specific urban context, More Moss Park recognizes the important connection of the site to Allan Gardens to the north. The park redesign would place programming along the edges, with sports activities along Sherbourne Street, a promenade along Queen Street East and family facilities like a splash pad and playgrounds along Shuter Street. These three edges are activated with plenty inhabitable thresholds between city and park, while the western edge is held by the new community centre that can open directly onto the park.

There are also currently many desire lines across the park, but rather than simply solving a problem of point A to point B, West 8’s more nuanced, escapist design with wandering circulation offers respite from the city grid and maximizes encounters between users.

This fall, the project team will write the feasibility study report. In winter, the report will be presented to the Committee and then to the City Council, with community consultations set to continue in 2017. 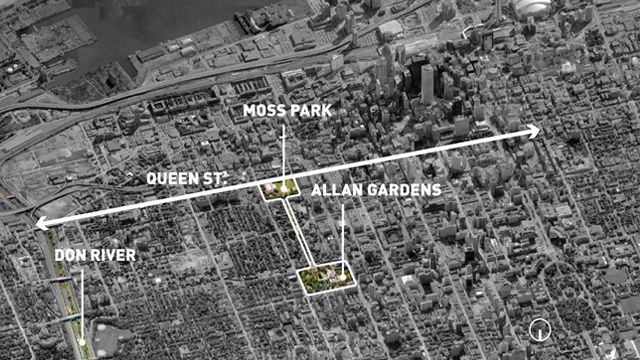 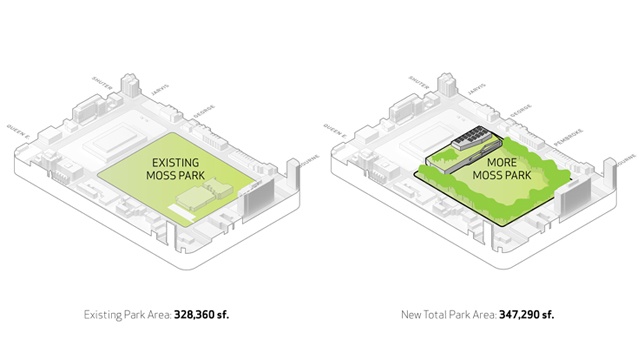 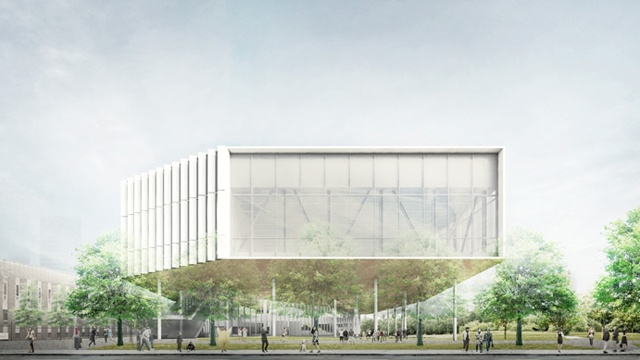 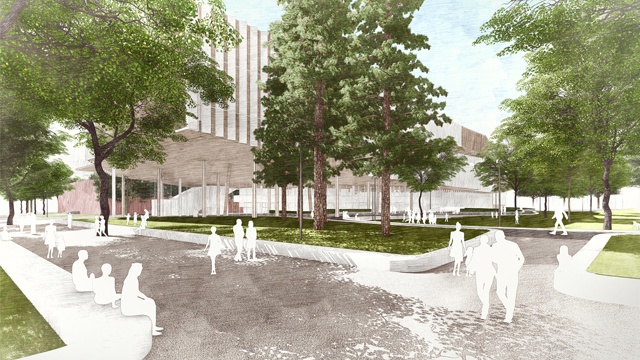 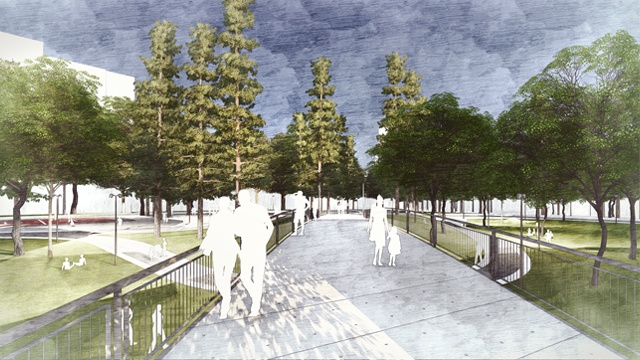