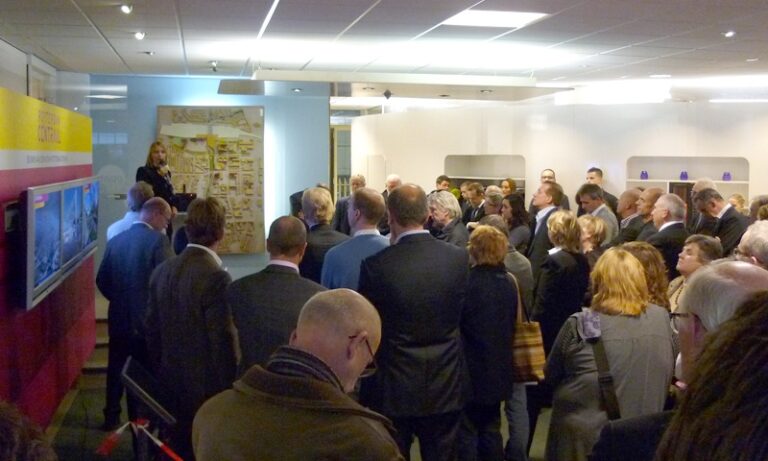 Steel construction of Rotterdam Station has reached its highest point

23 November Councilor Jeannette Baljeu together with key persons of ProRail, NS, Metropolitan Region, director of steel factory Iemants, Raf Iemants and the Ministry of Infrastructure and Environment hoisted a flag to celebrate that the building construction of the new Rotterdam Central Station has reached its highest point.

Alderman Baljeu is proud that this highest point is reached, “The shape of the new station is now clearly visible. A real eye catcher and city entrance befitting a city like Rotterdam.”

In March 2011 the steel construction of the station is started. This steel roof sections will include the use of one of the highest mobile cranes in Europe. The roof consists of 8 parts in total, over 3,000 tons of steel. The sixth part of the roof is the highest point. That moment has come.

Following is the construction of the eastern wing, followed by placing the walls, putting the glass and the installation of the roof sheeting. In the spring of 2012, the steel hull of the station hall will be ready. This comforatble brand new station is planned to be finished in 2013.

The new station will have wide and transparent entrances. This large glass wall provides direct views of the city. It will accommodate access to subway, railway and underground bicycle parking. 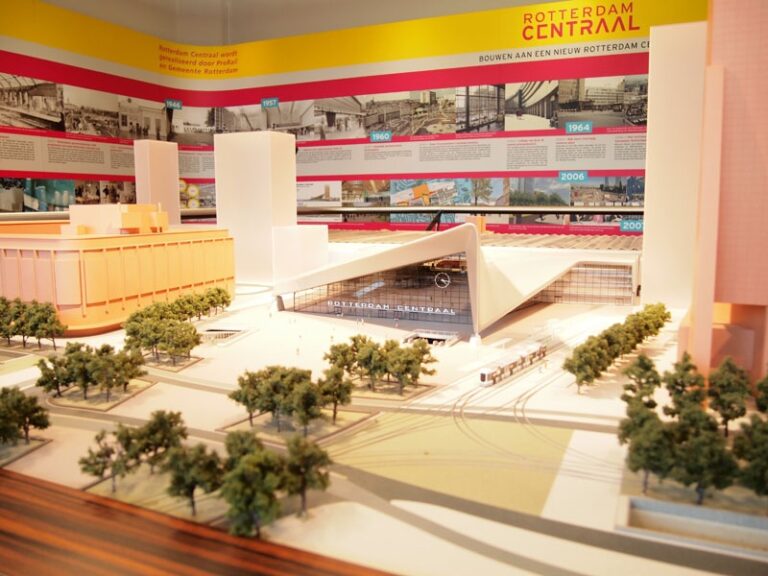 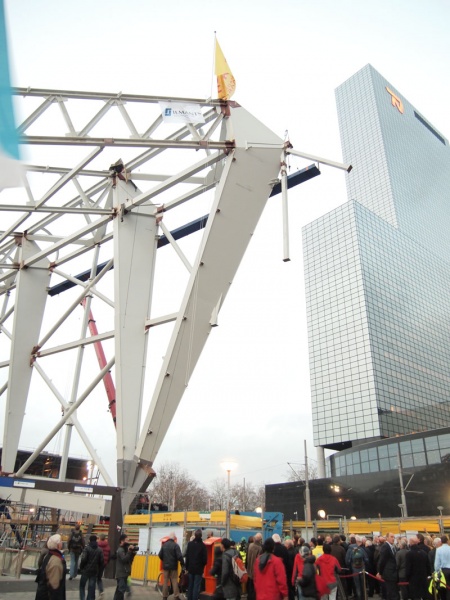 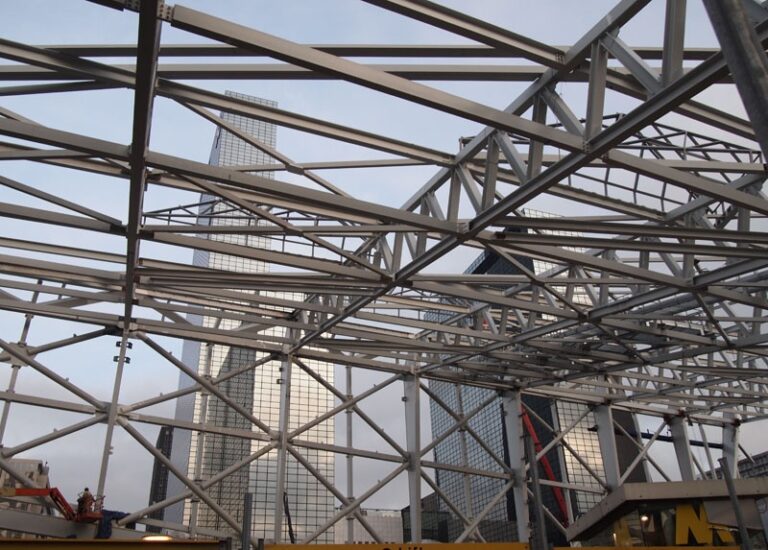