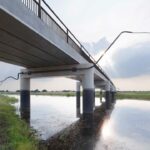 On Monday October 12, Noordwaard was officially opened by the Dutch Minister of Infrastructure and Environment, Melanie Schultz van Haegen. Over the past five years the Dutch organization for national public works, Rijkswaterstaat, has restructured the 4.450 ha polder so it can flood, allowing a faster and safer discharge of the river into the sea.

The project has involved lowering the levee along the river Nieuwe Merwede by three meters over a length of two kilometers. In the event of an extreme high tide, the river can breech the lowered levee and flood the hinterland – the Noordwaard polder. Creating more room for the water results in a drop of 30cm in the water level of the nearby river Merwede.

In 2010 Combinatie Noordwaard (a collaboration between Boskalis, Martens en van Oord, van Hattem en Blankevoort and Gebr. van Kessel) won the competition for the depoldering of Noorwaard. West 8 together with IPV Delft is responsible for the design of 33 new bridges and 12 pumping-stations, a scheme proposed in the planning of Noordwaard to strengthen the area’s infrastructure. An integral part of the depoldering Noordwaard project, the bridges facilitate public access to the depoldered area connecting people to nature and providing new opportunities for recreation within the long-term water management strategy. On top of three of the pumping-stations viewing platforms offer a spectacular panorama over the horizontal landscape.

West 8 and IPV Delft designed three robust simple bridge typologies, each with each with their own unique character. These include 24 Creek Bridges, 6 Dike (embankment) Bridges and 3 Steurgat Bridges. The sturdy foundations of the Dike Bridges, for instance, are designed to withstand the strong currents and forces of a flooding event. While the wide Creek Bridges feature precast concrete supports on which a narrow roadway lies and detailed bronze bird sticks that offer a seat for local bird species.

The depoldering of Noordwaard is one of the biggest projects in the national Room for the River program, a national flood prevention initiative, comprising 30 projects mainly along the river Rhine (Netherland’s largest river), that allows more space for the safe discharge of high water levels.

For an overview of the project watch this short video. 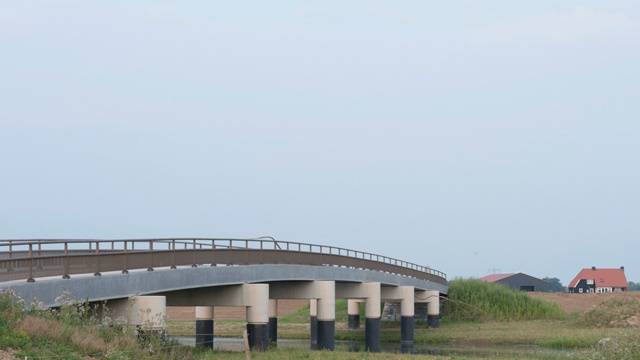 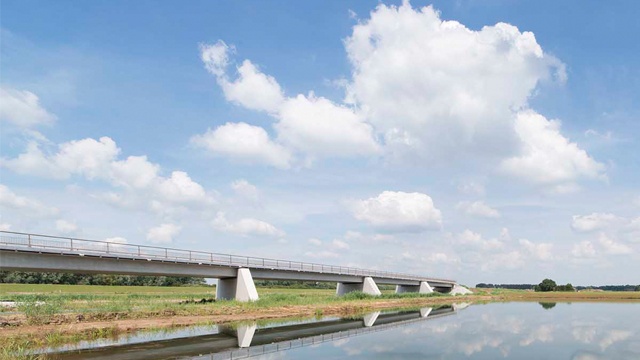 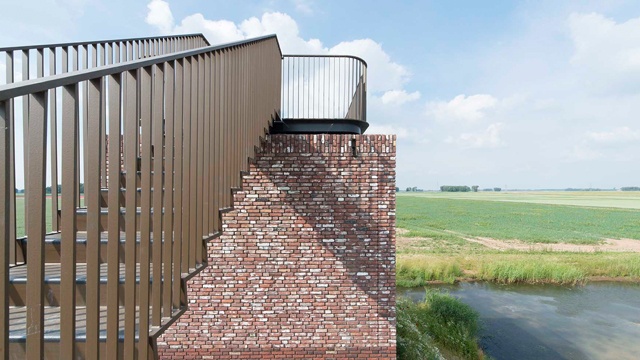 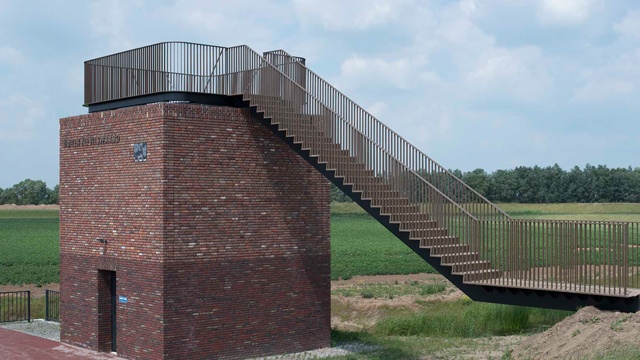 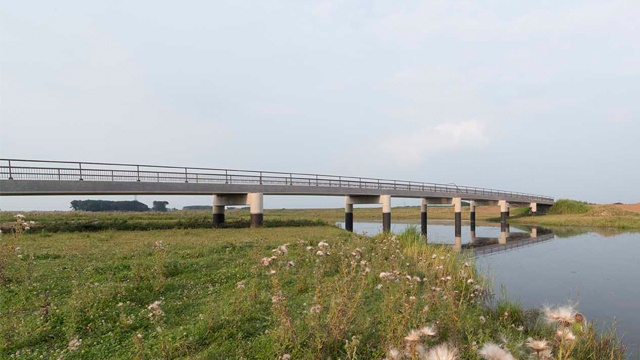 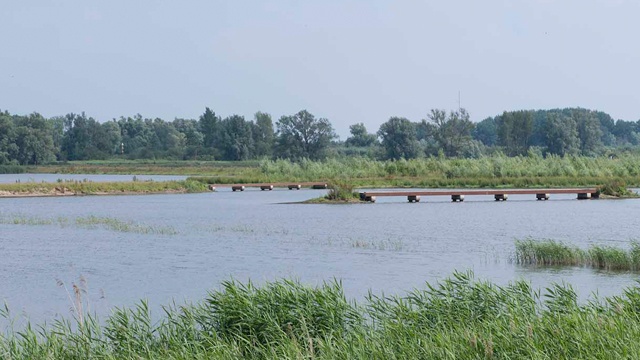 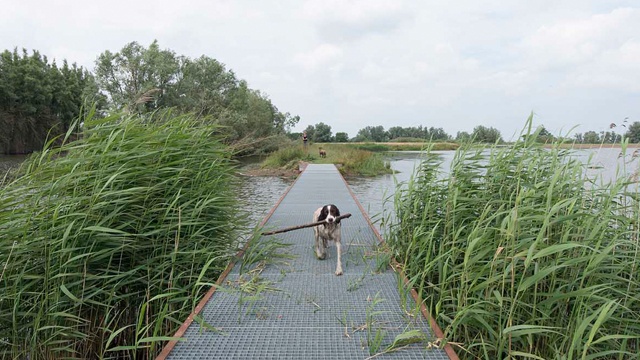