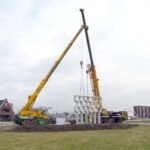 The first pergola elements have been placed at the Máximapark!

Last Thursday, 26th of February 2012, the first pergolas panels were placed in the Máximapark, formerly known as Leidsche Rijn Park, a project by West 8. This marks the start of the first phase of construction of a 900 meter pergola structure, which will form an open and transparent barrier surrounding the Binnenhof. Eventually, the park pergola will be 3.5 km in total. This barrier will mark the separation between two character zones. It creates the illusion of paradise, allowing visitors to leave the world behind and retreat into themselves.

Currently the structures are bare, but soon they are to be covered with ferns, climbers, ornamental plants, and other types of vegetation. The ‘grow crete’ finish on one side of the pergola gives the plant the opportunity to climb up onto the pergola, allowing it to grow and become an ecological supplement to the Binnenhof.

The structure of the pergola is inspired by honeycomb elements; planters and nest boxes will be placed in pergola to offer vegetation and various animals places for shelter and for nesting. These spaces have been designed in close collaboration with ecologicalists. This way the pergola gives nature more space to grow and brings nature within reach of the park visitors. 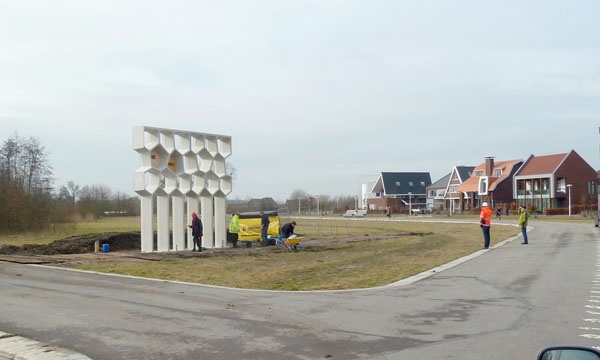 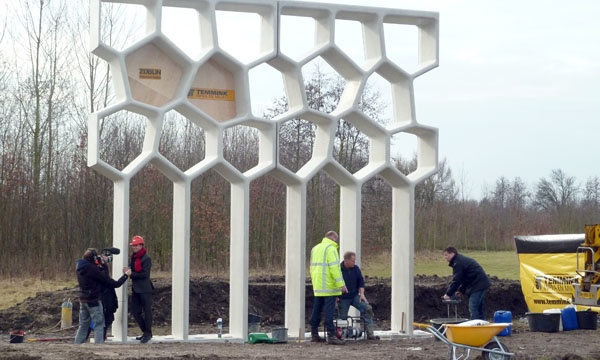 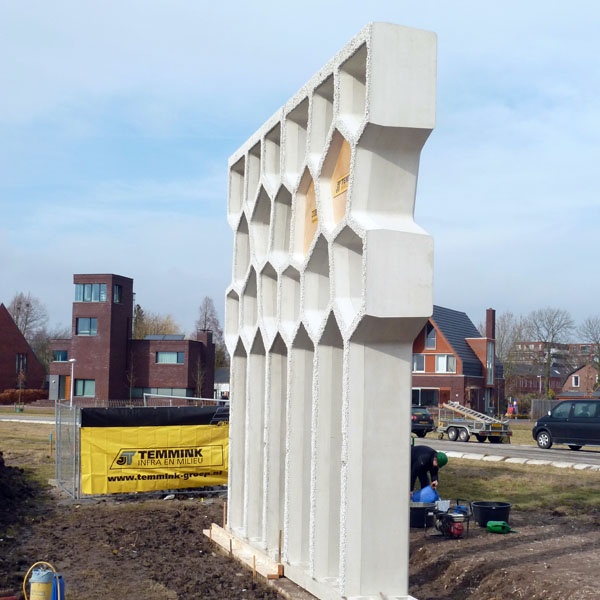