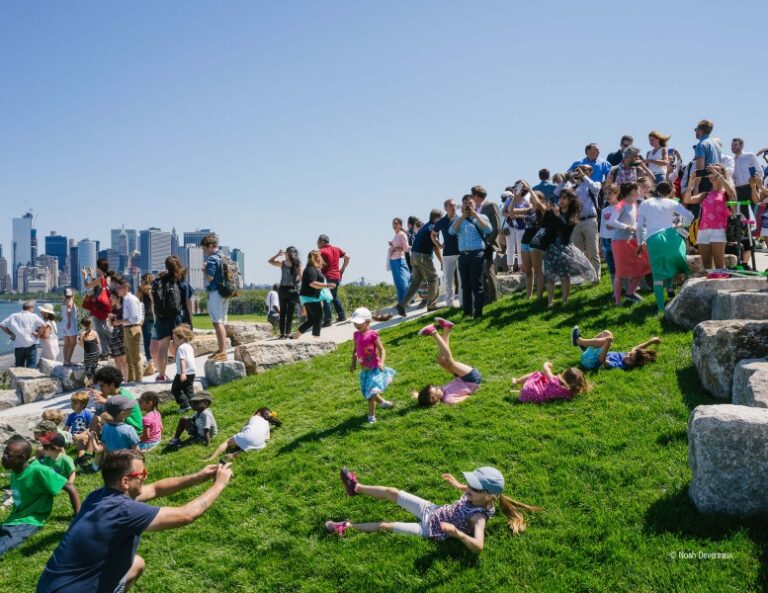 The Municipal Art Society of New York (MAS) was founded in 1893. For over 120 years, MAS has helped to create a more livable city by advocating for the quality of the built environment through excellence in urban planning, design, preservation, and placemaking through the arts. The Society has played a critical role in the creation of the New York City Planning Commission, Design Commission, and Landmarks Preservation Commission; and served as incubator for such civic organizations as the Public Art Fund, New York Landmarks Conservancy, Historic Districts Council, Park Avenue Armory and the Metropolitan Waterfront Alliance. MAS works to inspire, educate, and empower New Yorkers to engage in actively bettering the city. Every year since 1988, they present a range of awards to people and organizations that make New York City more livable. We are honored that this year in the MASterworks Awards, Governors Island Phase 2: The Hills was recognized as the Best New Urban Landscape.

The Hills presented a unique opportunity to create the ultimate democratic park for New York City: there is no permanent residential development permitted and, being an island, there are no neighbors. Governors Island is truly a park for all five boroughs, for every New Yorker. The design and client team recognized this potential for reinvention and sought a redevelopment effort led by landscape and driven by the need for accessibility and sustainability; intentions that align befittingly with this award from the Municipal Art Society.

The award is an honor, as was the ceremony, hosted in the beautiful El Teatro of El Museo del Barrio. Creative Director of West 8 New York, Daniel Vasini, accepted the award from jurors Justin Garrett Moore (Executive Director of the NYC Public Design Commission) and Karen Wong (Deputy Director of The New Museum.) West 8 was joined at by team members Kim Mathews and Molly Bourne of Mathews Nielsen Landscape Architecture and Sarah Krautheim and Alexis Offen of the Trust for Governors Island. To learn more about the Municipal Art Society and the other award recipients, visit their website. 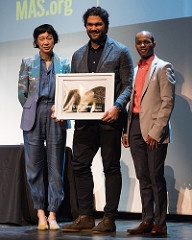 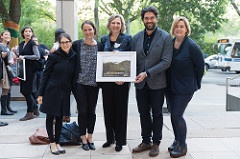