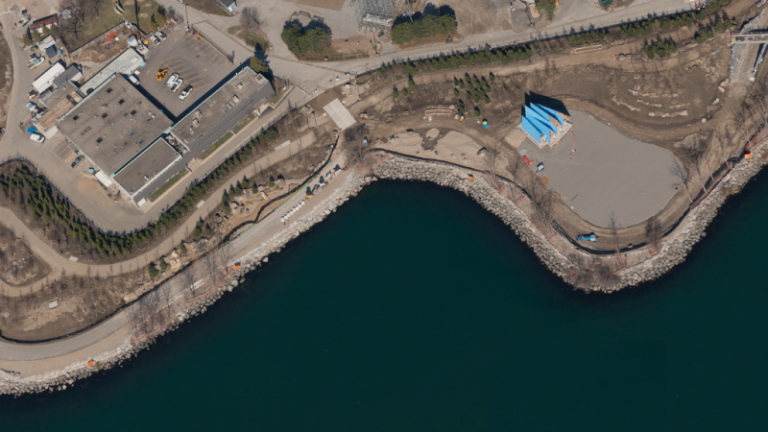 LANDinc and West 8’s design Trillium Park and William G. Davis Trail at Ontario Place is officially open as of 19 June 2017 after three and a half years of process.

The new Trillium Park and William G. Davis Trail at Ontario Place has opened up a section of Toronto’s waterfront that has been inaccessible to the public for over 40 years. Located along a portion of Ontario Place‘s east island, the new Trillium Park and waterfront William G. Davis Trail is situated on a 7.5 acre site previously used for parking. On June 19, 2017, it was finally completed and opened by Premier Kathleen Wynne and Eleanor McMahon, Minister of Tourism, Culture and Sport of Ontario. The project provides access to another section of Toronto’s waterfront previously unavailable to the public. It includes an urban park and a new section of waterfront trail that connects with the existing Martin Goodman Trail and the 780-kilometre waterfront trail system which extends from Niagara-on-the-Lake to Cornwall, Ontario.

The park and waterfront trail are designs by LANDinc in partnership with West 8 after being selected for the project through a competitive process in fall 2013. Since then the team worked closely with the Ontario Government and Waterfront Toronto. West 8 in collaboration with LANDinc was responsible for the Conceptual Design of the park. During Construction Documents and on site supervision the  design responsibility was carried by LANDinc.

Public consultation has been an important part of the planning and design process. In addition to input and feedback from stakeholders and Waterfront Toronto’s Design Review Panel, the Ontario government held a series of in-person and online consultations to gather ideas and input from Ontarians at key stages in the process. Final designs were unveiled on June 24, 2015, at which time it was also announced that the trail is being dedicated in the name of William G. Davis, who was Premier in 1971 when Ontario Place first opened.

In 2009, Waterfront Toronto opened a newly created stretch of the Martin Goodman Trail at Ontario Place. The 1.3 kilometre addition at Ontario Place is an important piece in connecting the wider waterfront trail and a critical link in the 17 kilometre Martin Goodman Trail. The addition provides opportunities for alternative modes of travel across the waterfront in a safe and attractive environment.

A series of public meetings were held to give the public an opportunity to share ideas and provide the project and design team with input and feedback on the design of the new park and waterfront trail. The vision is to transform Ontario Place into a year-round, multi-use waterfront community and urban park for everyone to enjoy. LANDinc and West 8’s design features an open-air pavilion inspired by evergreen forests and Ontario Place’s unique design, as well as open spaces to host art fairs, film festivals, yoga classes, school groups and food vendors.

Other highlights of the park include: 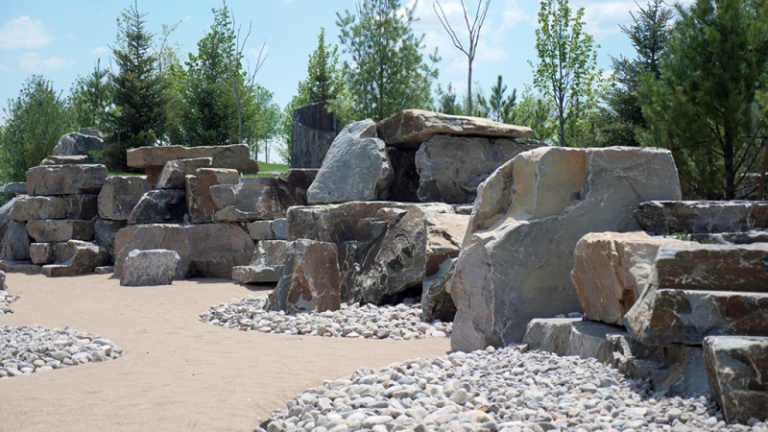 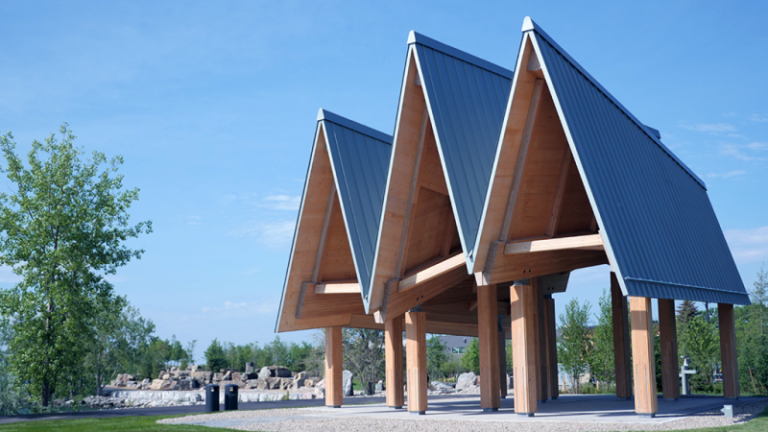 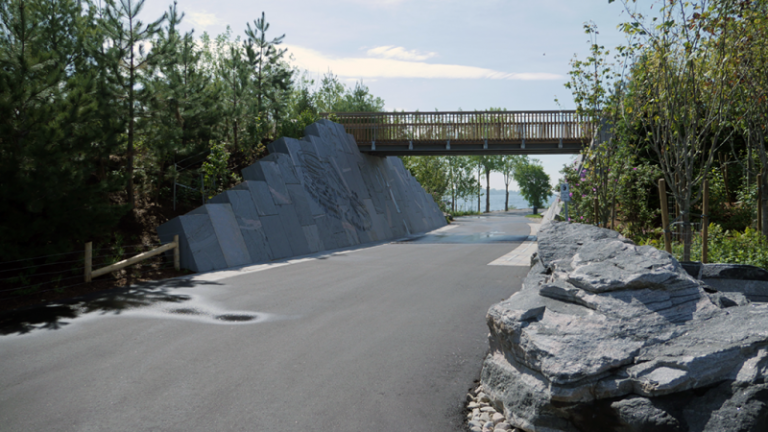 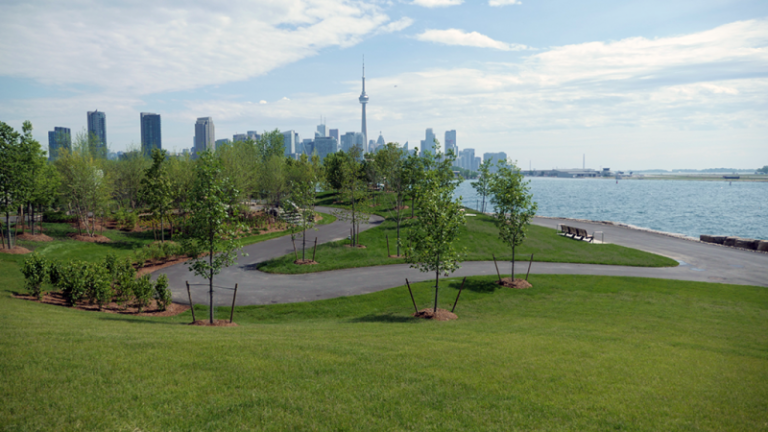