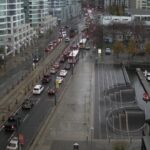 On Friday the 19th of June, after three years of construction, Toronto’s revitalized waterfront boulevard designed by West 8 together with DTAH was officially opened – on schedule, and in time for the Redpath Waterfront Festival and the upcoming Pan Am and Parapan Am Games.

New promenades and benches, cycling pathways and other infrastructure were celebrated shortly after 6:00 p.m., when hundreds of local volunteers stretched a 650-metre blue ribbon from York Street to HTO Park for the official Ribbon Cutting Ceremony. The West 8 design team and directors participated in the opening at Simcoe Wavedeck.

John Tory, Mayor of Toronto described the new Queens Quay as ”the waterfront gateway that Toronto rightly deserves. From a tree-lined biking trail, to the dedicated streetcar lanes and pedestrian promenades, the boulevard is a destination Torontonians can take pride in.”

Once a street that featured poor design, insufficient room for pedestrians, and ageing infrastructure, Queens Quay has been transformed into a beautiful boulevard that includes a separated TTC right-of-way, a new section of the Martin Goodman Trail that connects the Trail across the downtown waterfront, and an enlarged pedestrian promenade that reflects the central waterfront’s importance as the second most-visited area of the city. Under the street, key infrastructure has been replaced or upgraded, including power, gas, water, sewage and telecommunications systems.

West 8 and DTAH’s design for the new Queens Quay was developed after an international design competition and extensive environmental assessment process that were aimed at enhancing the area’s appeal as Toronto’s prime waterfront destination. Years of public consultation resulted in a design that not only improved the street’s condition, but directly reflected the needs and dreams of those who live, work and play here.

This new street will link major destinations along the water’s edge, create pedestrian and cycling-friendly promenades and encourage an economically vibrant area that serves as a destination for locals and visitors alike.

For more information about the project visit: Waterfront Toronto 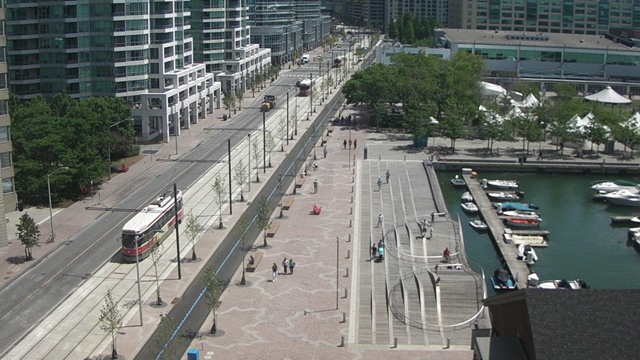 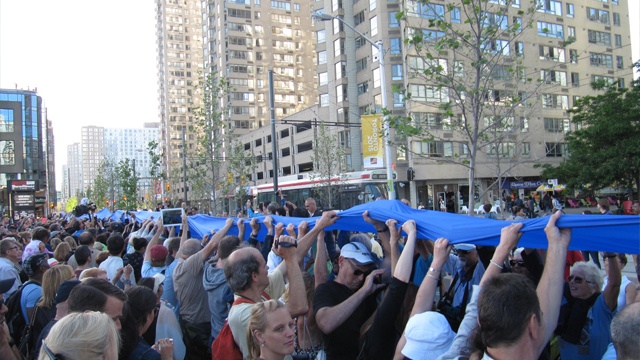 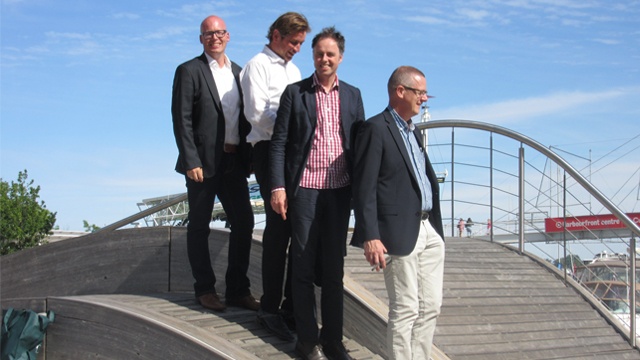 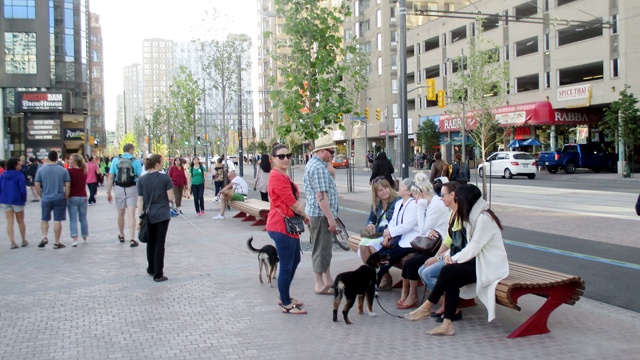 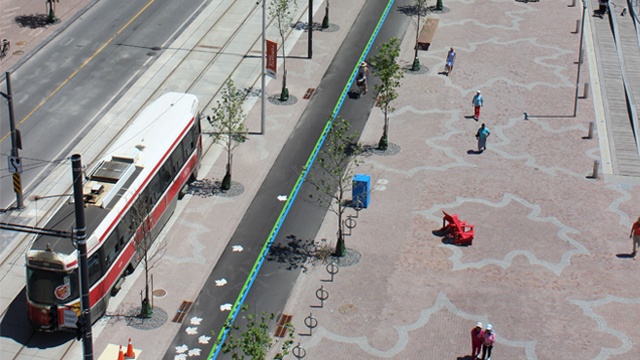 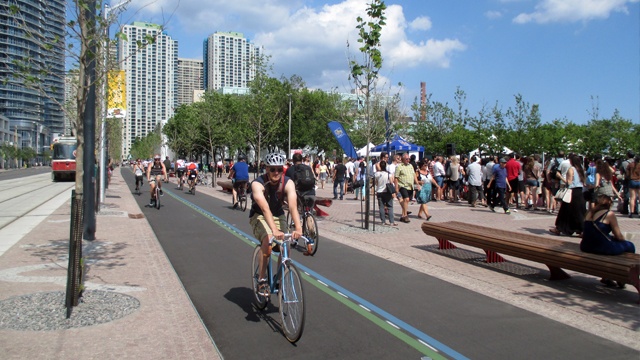