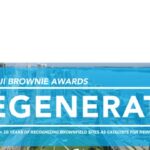 Designed by West 8 in collaboration with DTAH, the Queens Quay Revitalization project was selected from 22 finalists across 6 categories for the Best Overall Project at the Neighbourhood Scale.

The Best Overall Neighbourhood Scale is awarded to a project and/or program initiated from Jan 2013 – June 2015, which stimulates neighbourhood scale reinvestment, inspires land owners and investors to engage community support towards a shared vision, and promotes a comprehensive neighbourhood transformation by re-envisioning the public realm and improving the functionality, liveability and character of an area.

The CUI Brownie Awards program was established in 2001. Held in collaboration with with FCM Green Municipal Fund and the Canadian Brownfields Network the awards recognize leadership, innovation and environmental sustainability in brownfields redevelopment and regeneration sites across Canada. The 2015 awards, were announced this October, and recognise projects that transform contaminated sites into “great places.” This year’s jury included representatives from eight different professional associations from across Canada.

The Jury praised Queens Quay as one of Toronto’s most important public spaces. “Its revitalization transformed 1.7 kilometres of the main waterfront street into a showpiece water-edge boulevard with improved pedestrian, cycling and transit facilities.’’ Commenting on the scale of the work “it was a complete rebuild of the street both above and below ground – new and upgraded municipal storm and sanitary infrastructure replaced the old services and included management of contaminated soils.’’

The redevelopment of Queens Quay is part of the revitalization of Toronto Waterfront, which is one of the largest urban brownfield remediation projects in the world. Waterfront Toronto working together with West 8 and DTAH is employing global best practices and made-in-Toronto solutions to develop new waterfront communities that protect and enhance the natural environment. 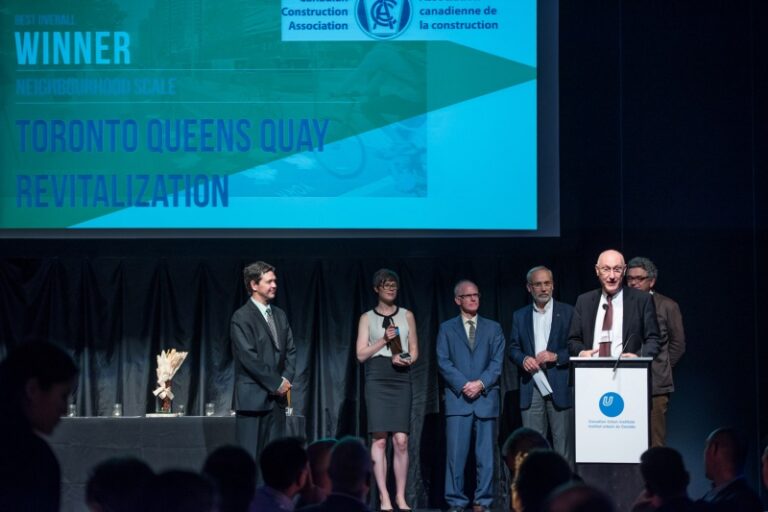 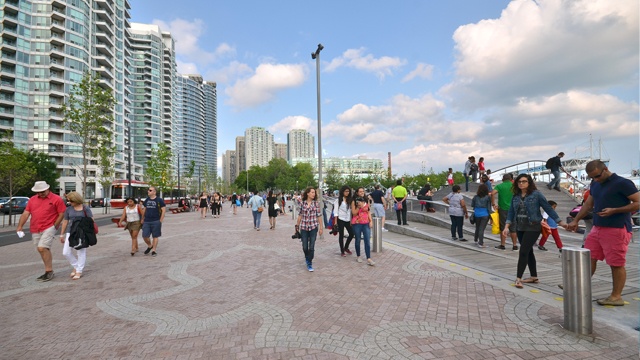