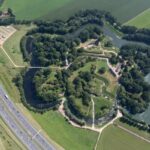 Fort Vechten and Castellum Fectio Bunnik, partially located in the EHS (‘Ecologische Hoofd Structuur’) zone (the National Nature Network of Netherlands), is the second largest fortress of the New Holland Water Line. The New Holland Water Line was a national military defense project completed in 1880, however it was soon superseded by the introduction of the modern Air Force at the beginning of the twentieth century.

In 1995 the site’s cultural value was nationally recognized, and Fort Vechten was listed as a national monument; in 2005 it was declared a National Landscape and has recently been nominated for inclusion in UNESCO’s World Heritage List.

After winning the master plan design competition in 2004 for the revitalization of the Fort, West 8 and Rapp+Rapp Architecten in collaboration with Jonathan Penne Architecten began work on the project, which was realized in 2015. The most important intervention of the plan was to create a so-called Strook (Strip). This strip, which covers an area of 80m x 450m, restores the formerly overgrown fortress to its original state circa 1880. Making it plain to see how the extended sight lines and height differences would have made this ‘defense machine’ work.

In the centre of the Fort, just outside the strip a new underground Waterliniemuseum has been built. This open-air museum was designed by architect Anne Holtrop to enable the public to better understand the defense system and have the chance to experience it firsthand.

The addition of several new buildings coupled with a refined restoration process sees the desolated terrain of the old fortress, and its position in the New Holland Water Line come to the fore once again. The Fort which is now equipped with a new parking area, pedestrian access routes, an information pavilion, and administrative offices, also functions as a recreation area and is fully accessible to the public. Furthermore, several existing underground structures have been consolidated, restored and transformed, and various elements such as bridges and earthworks have been reconstructed. The original vegetation is made visible again or replanted, creating a rich contrast between nature and culture.

On 23rd June 2016, this project, which reconciles natural, cultural and economic interests in the museum concept, was awarded the 2016 NRP Gulden Feniks Award in the category Area Transformation.

On it’s success, the jury commented:“He who knows how to make an overgrown fortress into a beauty once again, and also tell the story about the meaning that the fortress had in a compelling way, understands his profession. The jury praises the imaginative and bold intervention of the restored bare strip that extends diagonally across the site. It is beautiful to see how this belt of 80m by 450m has been painstakingly restored to its original profile. It is precisely this contrast makes clear what the fort would have looked like when it was first built.”

The Gulden Feniks (Golden Phoenix) is an annual award exclusively given to praise outstanding renovated and transformed built environments in the Netherlands. The awards are recognized for their integral nature. Economic aspects, innovation and technical execution are a key part of the judging criteria but other aspects such as cultural value, sustainability, functional quality and societal influence are also taken into consideration by the expert jury. West 8’s projects have been awarded previously in 2013 to Strijp S and in 2014 to Rotterdam Centraal District. 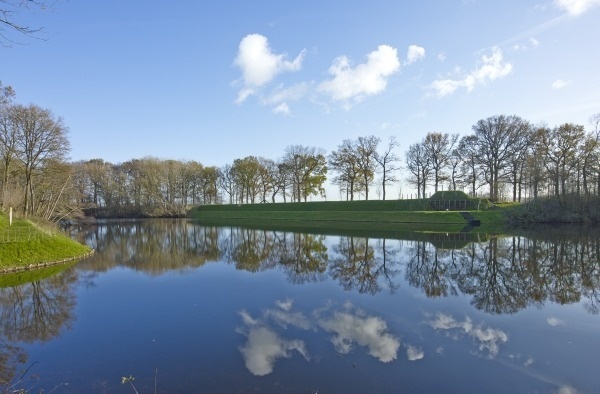 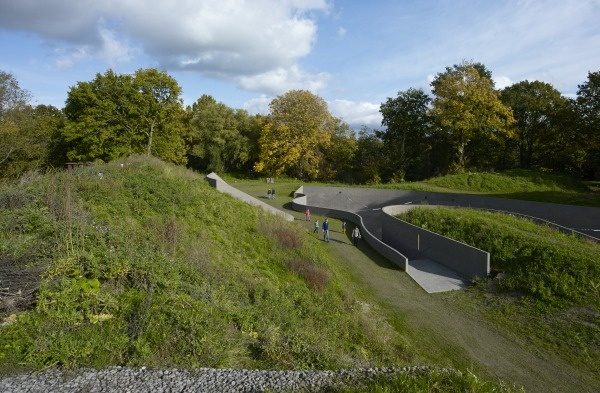 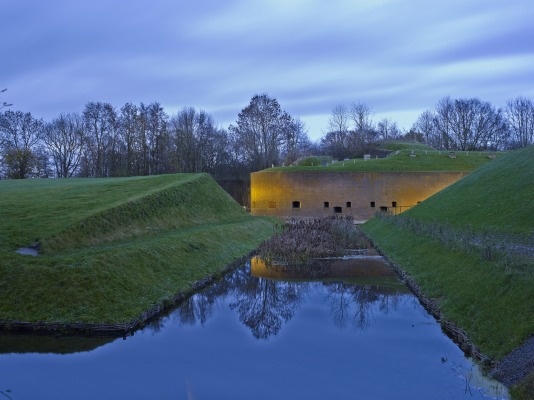 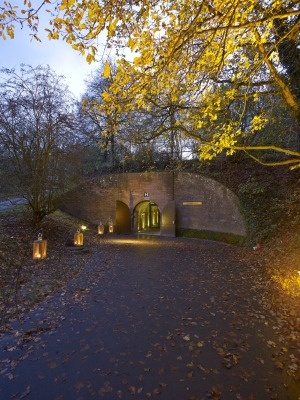