West 8 and Bureau Overland have created a Masterplan for the establishment of a Van Gogh National Park in the province of Brabant, The Netherlands. The Masterplan presents an overarching narrative for the Park and prepares and frames its concept and development for the next 100 years.

The Masterplan was created together with a steering committee and planning team and was officially delivered to the Minister of Agriculture, Nature and Food Quality, on Vincent Van Gogh’s birthday (March 30).

The Van Gogh National Park distinguishes itself internationally by not only celebrating Brabant’s characteristic landscapes and its high variety of beautiful nature areas, but also with its mission: to stimulate the metropolitan economy with the preservation of Van Gogh’s tangible legacy.

West 8 has a rich history of projects and research into the spatial economics of Brabant. The region is home to a great concentration of high-tech companies. The plan seeks to stimulate this aspect of the local economy and will attract sustainable tourism.

Vincent van Gogh
Vincent van Gogh lived a large part of his life in Brabant and at least 25% of his work was painted in the region. Many landscapes, water mills, rectories and church towers that appear in his artworks are still present.

The Park will allocate a large portion of the province. With a total area of 120,000 ha, it will include more than 30,000 ha of nature reserves and 40 heritage locations. 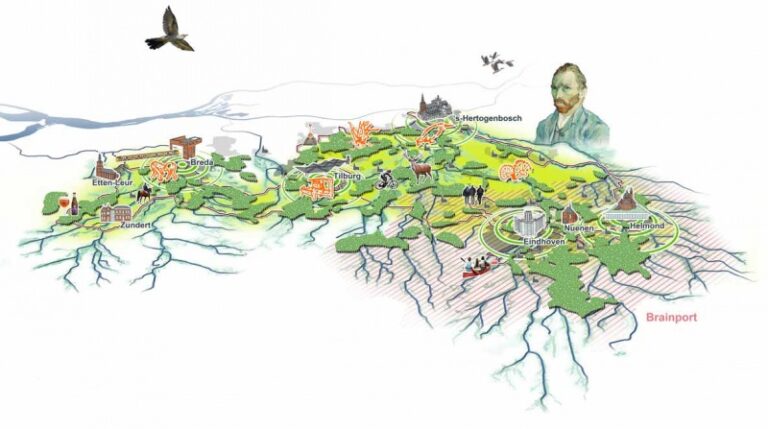 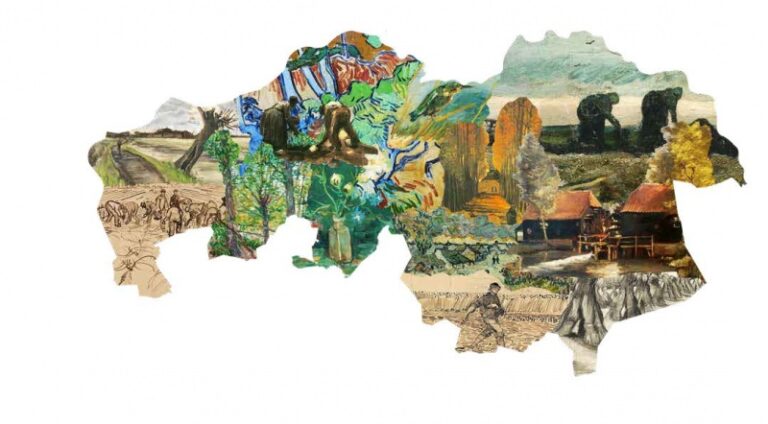