MADRID / ROTTERDAM – West 8 have won the international design competition for the design of Parque Central Madrid Nuevo Norte. The news was presented today, the 13th of June, 2022, at a ceremony chaired by the Mayor of Madrid. After winning, the multidisciplinary team headed by West 8, together with Porras Guadiana as a local partner, will continue to design the public space that will become a new icon for the city of Madrid.

A winning combination of design, sustainability and innovation – the winning proposal is committed to creating a large urban forest whose identity is linked with the memory of place, rising from the existing structure of Chamartín Station. With a surface area of 14.5 ha, the competition set the task of creating a central park that will be integrated into the wider system of green areas of Madrid formed by the Metropolitan Forest (Bosque Metropolitano), the Green Arch (Arco Verde) and the network of parks within Madrid Nuevo Norte. The proposal was chosen unanimously by the jury.

The winning project was announced this morning by the Mayor of Madrid, José Luis Martínez-Almeida, who highlighted “the link between the chosen architecture teams and the city, responsible for such emblematic projects as Madrid Río, there is no doubt that they present the best project for this future iconic green space in Madrid“. The Comisión Gestora del APE 05.31 “Centro de Negocios Chamartin” of Madrid Nuevo Norte awarded the design of Parque Central to the multidiciplinary team lead by West 8, together with Porras Guadiana Arquitectos as a local partner.

Belén Piserra, president of the Comisión Gestora, a selection of 40 international teams were invited to participate based on their previous experience in the construction of parks with similar characteristics, with the focus on sustainability and innovation. Speaking on the winning design led by West 8, Belén Piserra emphasised that the proposal demonstrates “exceptional knowledge of the challenges to be solved in order to create the benchmark destination park for the future of Madrid, guaranteeing its technical feasibility in the face of the challenge of having to build on the covering structure of the tracks and with a park proposal based on design, sustainability and innovation criteria”

West 8’s design incorporates the layout of the decades-existing train tracks to propose a series of flowing lines which run longitudinally through the park. In addition, the creation of the central park will allow the surrounding neighbourhoods to be united, closing a historic gap within the north of the city of Madrid.

A vibrant and activated park for all the day – The park’s open and flexible design will host different uses and include a variety of ambiences, while the perimeter will bring ground floor activation to the surrounding buildings. All integrated within the project, the design also includes kiosks, restaurant terraces, pavilions, food truck and sports areas.
A welcoming and environmentally conscious park – the design incorporates rain gardens, a large lawn and meadow to encourage visitors to connect with nature.
An innovative and interactive digital space – the new park includes sensory environments of light and sound along the park network, which will change throughout the year calendar. 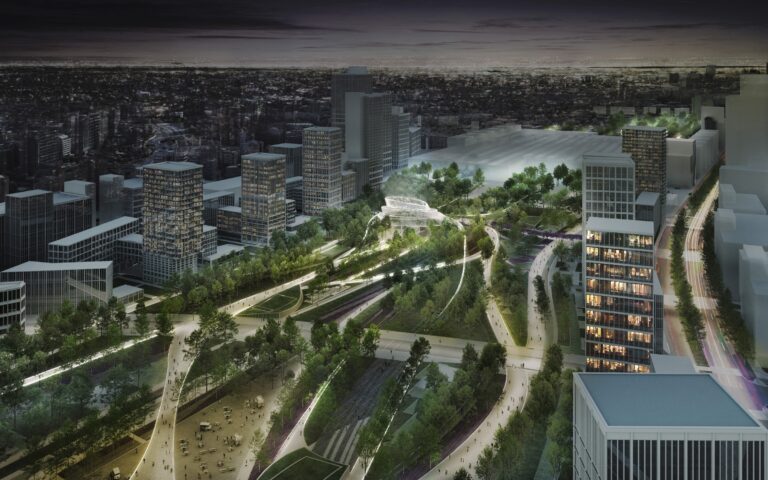 Lastly, the iconic element of the park, el Jardín del Viento (Garden of Wind) will become a new benchmark for the city of Madrid. Taking the form of a spiral, the singular green structure is positioned in the middle of the park and covered by vegetation to produce its own pleasant Microclimate.

“This large vertical garden will rise above the height of the treetops to capture the high breezes and direct them through its green envelope, reducing the ambient temperature and creating a cool space inside that it will become the main meeting point of the park”
– Adriaan Geuze, West 8 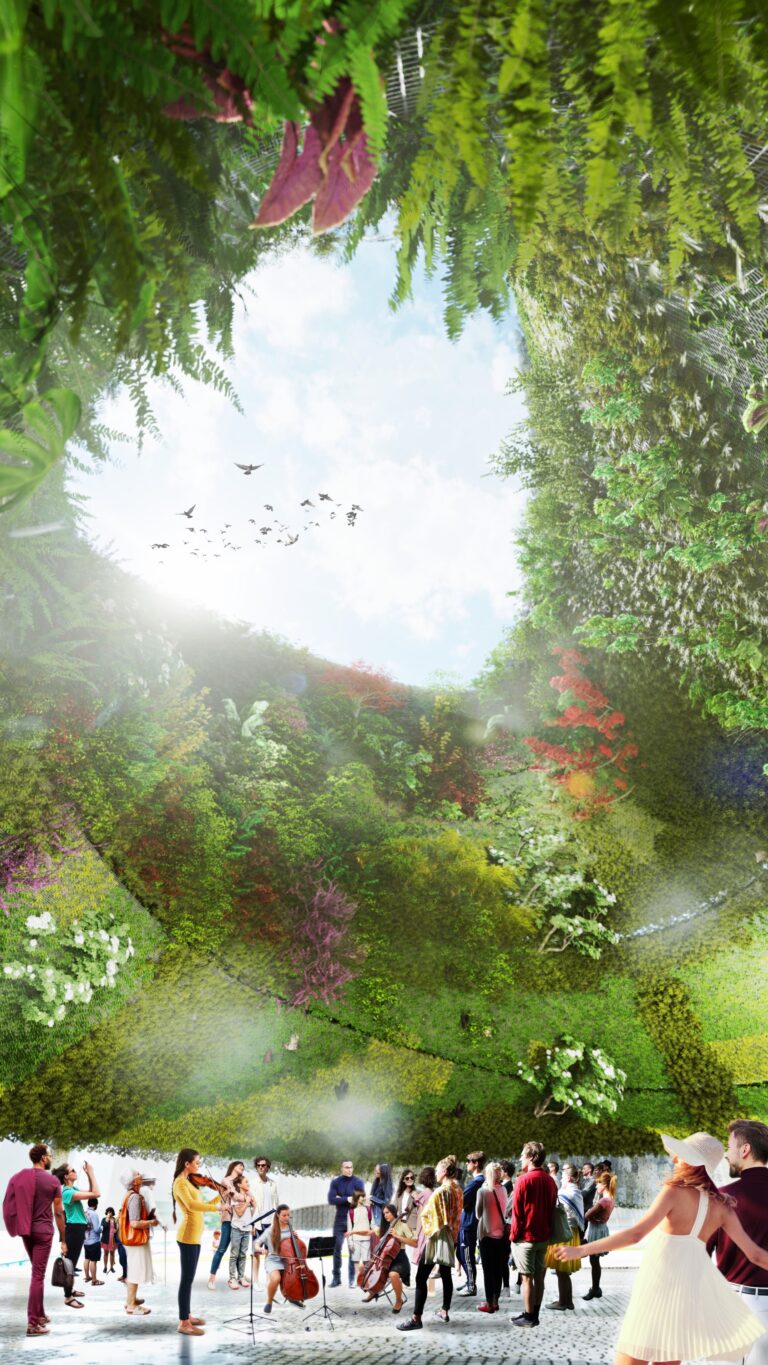