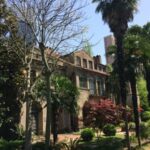 Vanke, a leading real estate company in China, just assigned West 8 the landscape architecture and urban design scope of a 4.7 ha. revitalization project, Columbia Circle, in the center of Shanghai city. West 8 will be responsible for designing the public space and landscape architecture that will transform this historically significant location in Shanghai into a cultural hub and vibrant mix of 24/7 entrepreneurial spaces, educational facilities and research laboratories, corporate offices, residential and retail spaces, and hospitality and cultural venues.

The historic site is located at Yan’an Road West No. 1262, former location of the well known Shanghai Institute of Biological Products Co., Ltd. (SIBP), a subsidiary of China National Biotech Group, National Pharmaceutical Group Corporation, founded in 1949. This project will be a joint venture of SIBP and China Vanke Co. Ltd. This is the first cultural and creative industry mixed-used revitalization project for Vanke. They awarded OMA the architectural scope of the project after the master plan in competition in 2016.

The Columbia Circle site has an architectural legacy of contemporary Shanghai, with a unique history of the Colonial Period and Pre-War Shanghai from the 1920’s to 1949. The well known Columbia Country Club Camp (CCC), which was an American-created social and sports club, is set on 2 ha of the grounds. It featured tennis and squash courts and an outdoor swimming pool with a surrounding arcade. It was designed in 1925 by the highly regarded Hungarian architect László Ede Hugyecz. Hugyecz designed more than 65 houses which indelibly shaped the city of Shanghai, the meeting point of international architectural styles in the 1930s-40s.

Sun-ke Garden Residence was the former home of the grandson of Sun Yat-sen, the first president and founding father of the Republic of China. The building later became the two-story club house of the CCC and is now listed as a Registered Cultural Relic of the Xuhui District, under state protection of China. The club house was built in the Spanish Colonial Revival Style in 1925, with red tiled roof, a carriage portico, and a wide veranda for dining and dancing. It was the international social club of Pre-War metropolitan Shanghai. In 1949 after the war, Shanghai Institute of Biological Products acquired the property and converted it into their new campus. The original garden of the Sun-ke Garden Residence, the key historic building of the site, will be renovated along with the architecture. West 8’s design will aim to enhance the space and return it to its glory of the 1930s.

To honor the legacies within the site, SIBP will emphasize existing historic structures like the club house and simultaneously ignite a wave of innovation with new architecture. In order to achieve a unified and enduring identity, the design of the connecting streets and public spaces of Columbia Circle will be distinctly cohesive, while the design of the individual buildings by OMA will allow for variation and diversity. Alleés will serve as connective tissue of the diversely programmed neighborhood. West 8’s design of Columbia Circle’s public space will set the stage for this area to become one of Shanghai’s most dynamic and vibrant neighborhoods that celebrates culture, history, and the contemporary. SIBP and West 8 will actively cooperate with Changning District Urban Planning Bureau of Shanghai in regard to their newly revised policies to utilize the urban space of Columbia Circle in the most reverent and efficient ways possible.

To know more about its historical background please see Vanke’s official press release, or a news report of the SIBP site by IFENG NEWS (in Chinese) or by Archdaily.com of OMA’s design regarding the project. 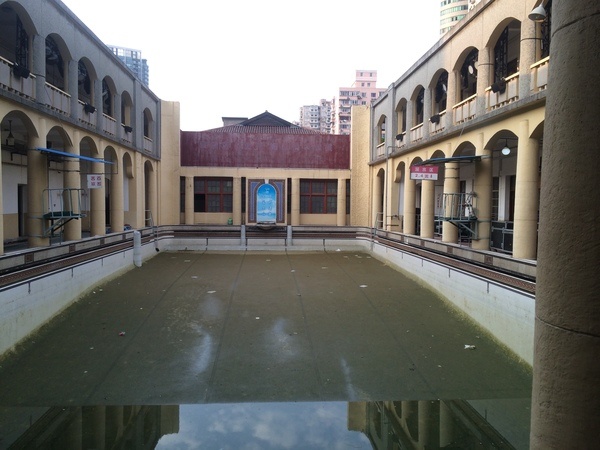 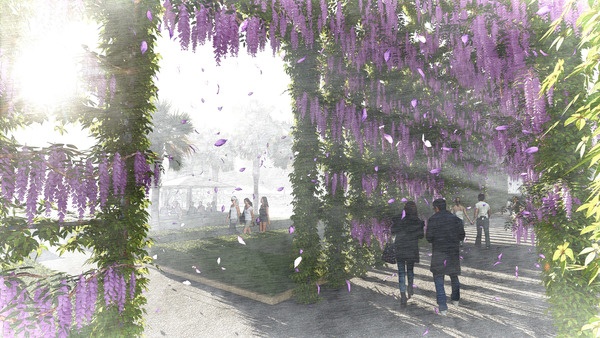 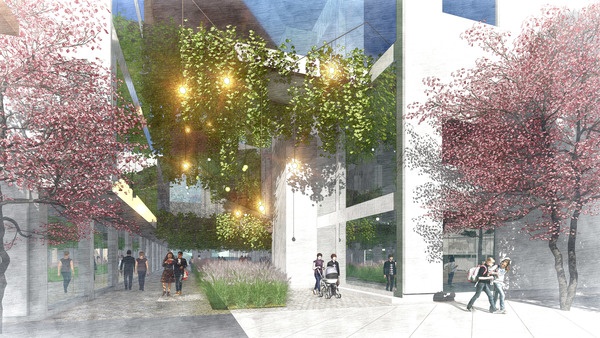