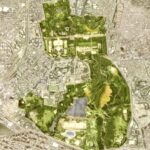 At the end of 2018, the Basic Design Development of Yongsan Park was delivered and presented to the Ministry of Land, Infrastructure and Transport of the Republic of Korea, in Seoul. The United States Army is currently in the process of relocating to the recently finalized military base in Pyeongtaek, just outside of Seoul. The relocation of the US Army gives way for the project to proceed to the next phases of design development and allows the project site to prepare for the execution of a future central park in the heart of Seoul.

The team West 8 + IROJE architects & planners + DONG IL Engineering has worked on the Basic Design Development of Yongsan Park for the past two years, continuing our work on the Master Plan Development presented in 2016. The essence of the design is the restoration and dramatization of the original topographic ridgeline connecting Yongsan Park northward to Namsan, and beyond to the distant Buk-ak Mountain. In the recently presented Basic Design Development plans, engineering studies had been made to further develop the concept of tying the park into the continuous North-South ridgeline that defines the landscape of the Korean peninsula – the “Baek-du-dae-gan.” Along this newly established topography, West 8 has created diverse biotopes that create illusions of the many beautiful landscapes that make up Korea. From open meadows to deep forests, from rocky cascades to cleansing wetlands, Yongsan Park provides visitors with an ever-changing landscape experience for all seasons.

In the first week of November 2018, the Yongsan Garrison base was opened to the public for the first time in over one hundred years. A bus tour which drives a predetermined route through the military site is now being operated periodically. During these bus tours, visitors have the opportunity to walk around the historic Mancho Canal area, located in between buildings which date back to the Japanese colonization period.

In January 2019, in conjunction with West 8’s presence in Seoul city, West 8’s Design Director Adriaan Geuze sat on the jury board of the New Gwanghwamun Square Composition Design Competition. The 12.6 ha. Gwanghwamun Square is located in Seoul and sits north of the future Yongsan Park. The Seoul Metropolitan Government organized this international design competition in an effort to overcome the current spatial and functional limits of Gwanghwamun Square and to restore historical and cultural symbolism of the Gwanghwamun area. Other jury members included Dominique Perrault, principal of Dominique Perrault Architecture, Seoul city architect Young Joon Kim and Na-Kyoung Yu, principal of local practice Place Making Associates. The project titled ‘Deep Surface: Awakening of Past and Future’, designed by team Co., Ltd. CA Landscaping Professional Engineers Office was chosen as the winner of the competition. The Official Notice can be found here.

West 8 is dedicated to facilitating the next phases of the Yongsan Park development. To make the most of his visit to Seoul, Geuze also presented a lecture titled ‘Yongsan Park: healing the landscape and connecting the metropolis‘ to officials of The Seoul Metropolitan Government on January 17th. Apart from structured site visits and public presentations, the Korean public is particularly encouraged to participate in the upcoming future planning process. Likewise, more public outreach activities are anticipated to continue. 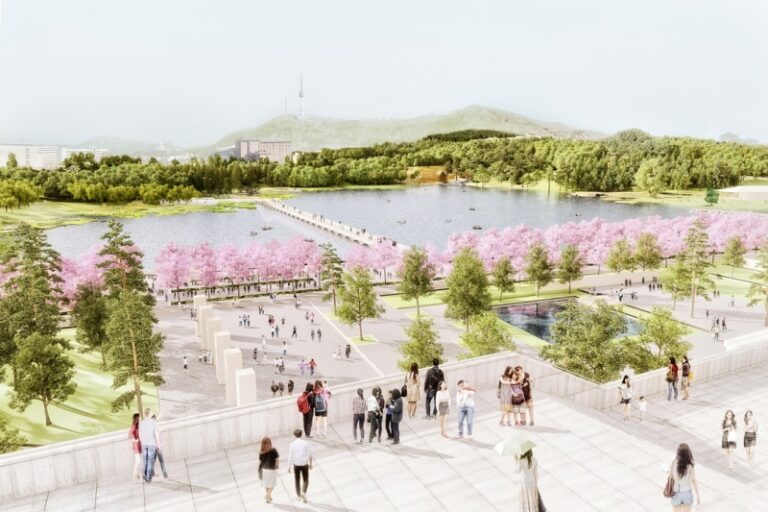 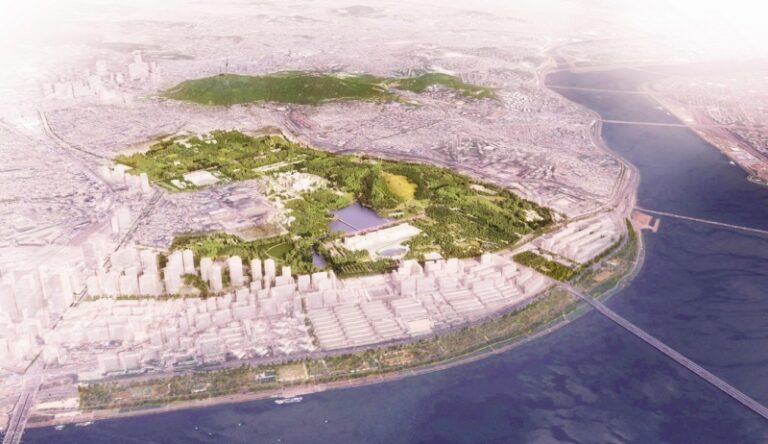 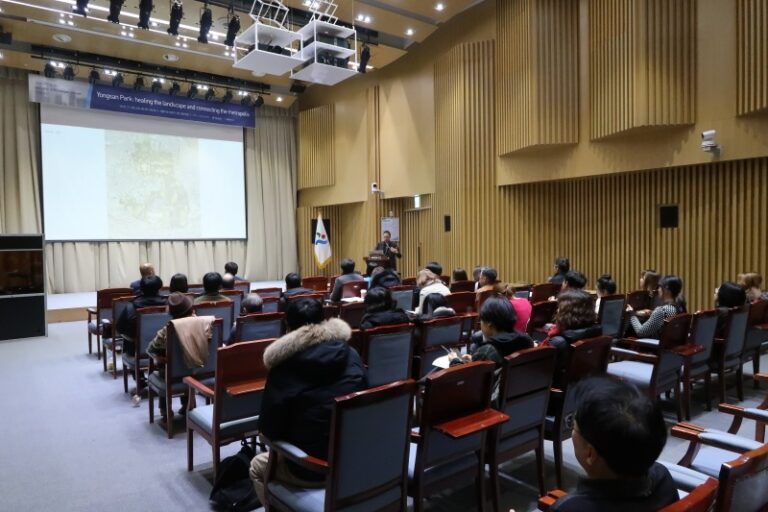