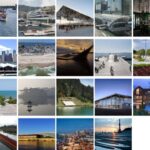 West 8 on the jury for the WAN Waterfront 2015 Awards

Now in its seventh year, the WAN AWARDS has evolved into the world’s largest architectural awards programme. The WAN Waterfront Awards is new for 2015, and is intended to celebrate and highlight projects that embrace and exploit the benefits of sites in proximity to water, whether working, living, or both.

West 8 has been invited to join the jury panel for this award and will be represent by Senior Project Manager Maarten Buijs. Maarten has been involved in the realization of a number of prominent waterfront projects that have spanned the globe. From Melbourne Docklands and Cairn Esplanade in Australia, to Beirut in Lebanon, and more recently as Project Manager for the award winning Toronto Central Waterfront in Canada, and the redevelopment of Silvertown Quays in East London, UK. Throughout his professional career, Maarten has become increasingly aware of the need for more thoughtful waterfront design and careful natural resource management. City waterfront developments have long been acknowledged as prime value real estate and this fact has generated many high quality developments. This award will aim to bring together some of the best designs and also highlight projects that have addressed the major issue of rising sea levels

Maarten will also be a joined by fellow panel members Bryan Avery, principal at Avery Associates Architects, Niels de Bruin, landscape architect and partner of White arkitekter, and Jason Speechly-Dick, Design Director at Atkins. The judging of the 34 award entries will take place on the 29th of September and the winner will be announced on the 27th of October