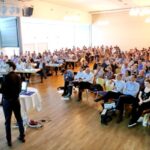 How should Karlsruhe evolve spatially in the future? What are the potentials for the planning and design of a vibrant and liveable city? Three interdisciplinary planning teams (including West 8) have been involved in a series of planning workshops. The final workshop, which took place on 4th June 2014 proposed a joint recommendation: “Spatial Vision Karlsruhe 2015” (Räumliches Leitbild Karlsruhe 2015).

The recommendation will act as the foundation for an upcoming exhibition on the city’s 300 year anniversary in 2015 and a guideline for the spatial development of the city going forward.

The common thread in Team West 8 + verkehrplus proposal was the creation of specific addresses within Karlsruhe as a way to structure the city and its future development, whilst still emphasizing the unique characteristic peculiarities of Karlsruhe. The proposal focuses on three main points:

On the basis of the analysis a series of successful transitions were suggested by the team for the design and adjustment to the city’s urban interfaces, along with furthering a broader appreciation of the quality and accessibility of the environment, particularly in the city’s in-between and underutilized spaces. 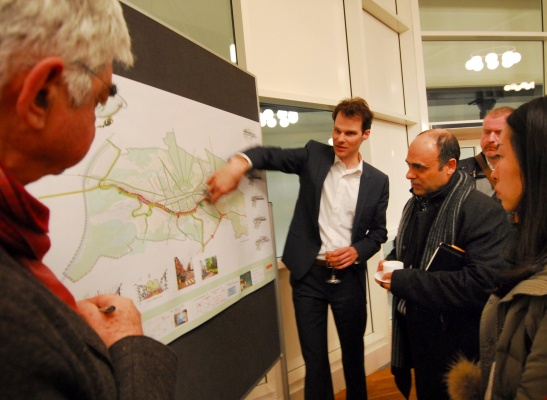