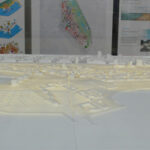 As part of the design competition for the Almere Coastal Zone (The Netherlands) West 8 together with BPF Bouwinvest presented their proposal Under the Boardwalk at Museum Paviljoens in Almere. From the 31st of October-1st of March 2009 all three competition entries will be exhibited publically and the winner will be announced on the 26th of February 2009.

West 8 together with BPF Bouwinvest proposes to transform the flat polder landscape into an accentuated landscape with a variation in heights, views and vegetation. The building will merge into the landscape in a natural way, stretching across the embankment without affecting its damming function; the beach will be just outside your front door.
Museum De Paviljoens
Odeonstraat 3
1325 AL Almere 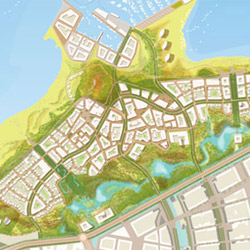 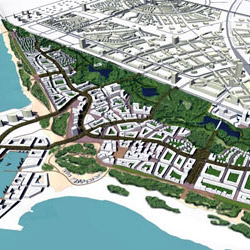 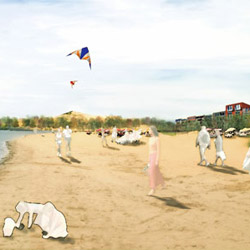