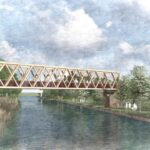 On the 8th of November, West 8 presented two design options for a new slow traffic bridge over the Wilhelminakanaal in Oirschot. Held in Oirschot’s municipality hall, the presentation was attended by over 300 people. Many citizens, council members and developers were present to express their ideas and opinions about several works in progress aimed at improving the traffic circulation around Oirschot.

The new bridge connects the centre of Oirschot with both the residential area of Moorland and the Green Corridor, a 13 km long natural connection between Eindhoven and National Landscape Groene Woud. It features winding slopes that provide a sequence of perspectives over the canal, its embankments and the historical Laurenskerk. It crosses the water diagonally with a wide free span of 36 meters. The first design option presents a high deck of thick steel, where the second has a lower wooden truss construction.

The bridge will be embedded into a new green 580 meter long waterfront lining the south side of the Wilhelminakanaal, making the embankment accessible for the first time. It will be adorned with pathways, street furniture and native plants and trees such as Cow´s Parsley and Linden trees. By lowering the height of the embankments visual relations are created between the residential area and the water, lifting the spatial quality of the zone to a new level and connecting the people of Moorland to the canal. On the north side, the bridge hovers over an existing ecological zone.

The audience responded positively to the plans, with positive feedback for the lower wooden truss bridge in particular. The traditional approach, considered appropriate to the historical character of Oirschot, and comfortable slopes were warmly welcomed. 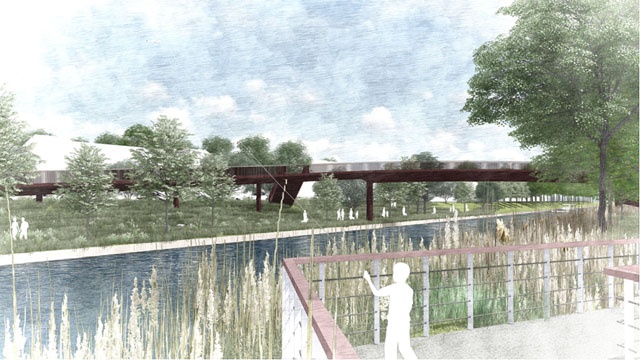 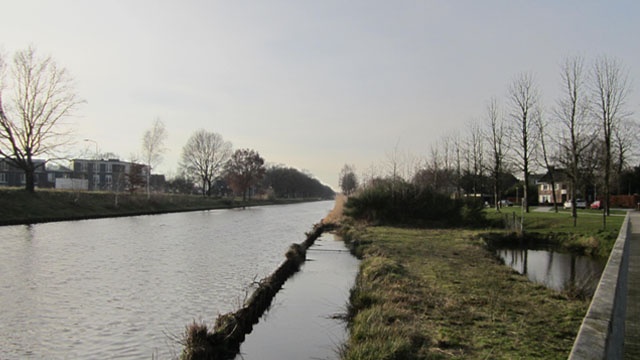