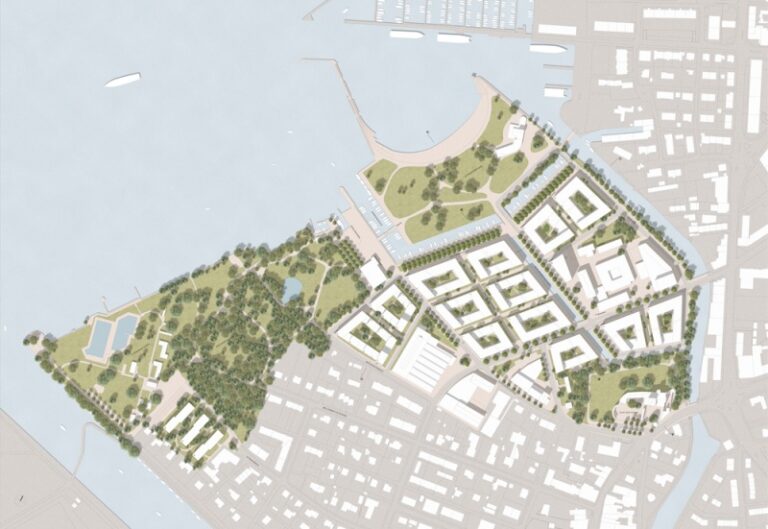 The jury had announced the five competitors selected for the next phase. The LARIDAE team, consisting of Baukontor AG (Zürich), West 8 (Rotterdam), Dr. Schwartz Consulting (Zug) and Basler & Hofmann AG (Zürich) is proud to be one of the 5 selected teams for the rejuvenation of Biel’s waterfront near Castle Nidau (Agglolac Biel). The other finalists are: CITÉLAC (bauzeit architekten gmbh), MARAIS (Team «AND» with GWJARCHITEKTUR), OPEN LAC (Team «Open Lac» with Helsinki Zürich Office, LES ÎLES DE LA VIE (Team «Schwarz Architekten» with Dietrich Schwarz Architekten AG).

The project by LARIDAE strives to achieve three goals: (1) to create a new urban quarter that will expand and enrich the cities of Biel and Nidau; (2) to develop an attractive open space near the lake, linking and enhancing the existing bath facilities; (3) the creation of an unambiguous relationship between the city and its lake, by expanding the city towards its waterfront.

The new quarter is designed as a quiet residential area by the water’s edge, but with a lively front at the Lake Promenade. The generous Esplanade in front of the lake will become a new city square. The Castle Boulevard functions as urban and social backbone for the neighbourhood, albeit with a quiet and residential character. The surrounding streets consist of small introverted residential roads, which generate an attractive streetscape for the apartments with raised ground floors.

From the jury report: “LARIDAE proposes a new urban quarter, which in its entirety as compact Building Block connects Biel and Nidau. The compact dense quarter with clear edges has been set back from the waterfront very consequently, thereby allowing the origination of Strandbad Biel as island. (…) The urban area is dominated by two strong gestures: the visual axis Castle-Lake and the Block Edge Quarter.” 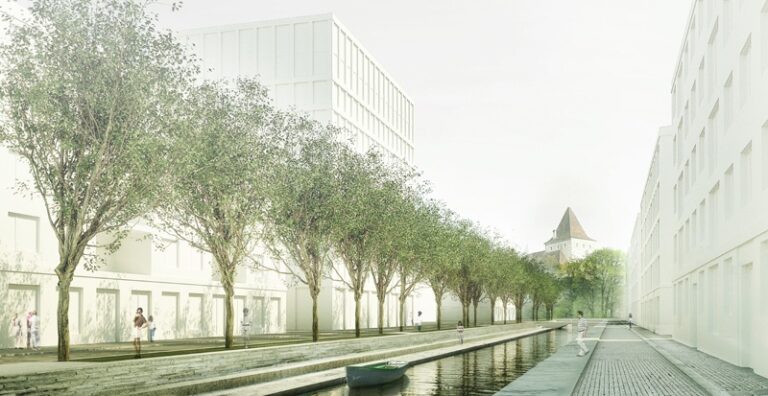