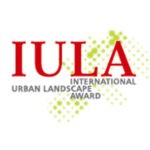 West 8’s project Living in New Jenfeld has been shortlisted for the International Urban Landscape Awards (IULA) 2009. This year IULA, organized by Eurohypo, focuses on the UK’s and Germany’s most ground breaking urban architecture concept and project.

The IULA aims to find urban design solutions for the challenges of dynamic population changes and shifting economies, as well as creative concepts for social and economic integration within the city and its district, placing emphasis on energy-efficient and resource optimised construction.

The magazine Topos – The International Review of Landscape Architecture and Urban Design is once more supporting the awards.

Commenting on the nominated projects, Dr. Frank Poerschke, Chairman of Eurohypo AG said: “Eurohypo is delighted by the responses we have received for IULA 2009. The quality and diverse range of applications shows how seriously organisations are taking issues such as sustainability and low carbon development. We would like to congratulate the shortlisted projects, all of which have demonstrated solutions
to some of the most pressing environmental challenges we currently face”.

Simon Guy, Professor of Architecture at the University of Manchester and Chair of the IULA Jury said: “The shortlist of entries for IULA ‘09 demonstrates the contribution to sustainable development these five projects can make to the urban landscape. The innovation and broad ranging ideas for developing flexible, low carbon, publicly accessible developments greatly impressed the jury and we look forward to the awards on 26th January”.

The five shortlisted projects for the IULA Awards in Frankfurt, Germany on 26th January 2010 are:
• Havenwelten – Old/New Harbour, Bremerhaven
Submitted by: Latz + Partner, Kranzberg
The redevelopment and regeneration of the old harbour in Bremerhaven with the creation of new urban spaces in and around the old harbour.
• Lea River Park, East London
Submitted by: Design for London, London Development Authority, London
The Lea River Park will form the southern end of a green corridor of open space, extending from the River Thames in the south, along the path of the River Lea, to Hertfordshire in the north.
• Neues Wohnen in Hamburg-Jenfield – an ecological neighbourhood.
Submitted by: West 8 urban design & Landscapes Architecture, Rotterdam
An ecological and low carbon development neighbourhood which combines low carbon housing and renewable energy in the Lettow-Vorbeck Barracks in Hamburg.
• The LifE Project (Long-term initiatives for Flood-risk Environments in Hackbridge, Peterborough and Littlehampton)
Submitted by Baca Architects, London.
An innovative project tackling flooding and climate change through the built environment.
• West Oxford Commons – Concept for sustainable development strategy in Oxford.
Submitted by: David Hammond Associates, Oxford
A new development which will benefit the local community through renewable energy projects and promote sustainability through the community.