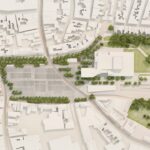 On Tuesday the 16th of June, the City of Bruges announced West 8 + Snoeck & Partners together with Atelier Roland-Jéol, as the winners of the competition for the redevelopment of the 8,500m2 ‘t Zand, also known as Het Zand Square, in the UNESCO town of Bruges, Belgium.

The eleven-strong jury, composed five representatives from the City Council and six external experts selected West 8 + Snoeck & Partners design, which delivers a renewed identity for the historic square, as the competition winner.

Of the winning design, jury member and Mayor of Bruges, Mr. Renaat Landuyt remarked that “The plan is revolutionary in its simplicity. It harks back to the site’s original urban situation before the development of the Bruges ring road, and alludes to Marcus Gerards’ 1562 medieval map of Bruges. Today, the former station on ‘t Zand and the Bruges ring is cut in two. Thanks to this plan West Bruges will now be reconnected to the historic center. “

In January, 2015, five design teams were shortlisted from over twenty submissions to compete in the five month urban design competition for the Redevelopment of ‘t Zand, which culminated with a presentation to the jury panel on Wednesday the 16th of June.

“The winning design is not just a roof over a parking lot, its a fully functioning square. The adjacent Concert Hall (concertgebouw) is embedded in stands of Linden trees that connect through to those in King Albert I Park. While the relocation of the existing fountain enables the square to fulfill its function as premier event plaza.” said Mayor Renaat Landuyt.

“For the past 30 years ‘t Zand has remained untouched, it was time for a new take on Bruges biggest town square,” said Franky Demon, head of planning at CD&V. “The reconstruction of ‘t Zand  is undoubtedly one of the most important projects in the heart of Bruges. One that demands a well thought out design.’’

Within a few years Bruges’ main square will be transformed beyond recognition. The existing fountain will be removed, the roads realigned and the square interwoven with adjacent King Albert I Park, ‘t Zand will once again be connected to Bruges’ celebrated urban fabric. 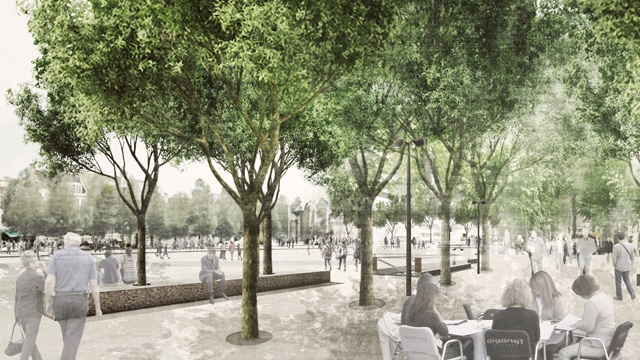 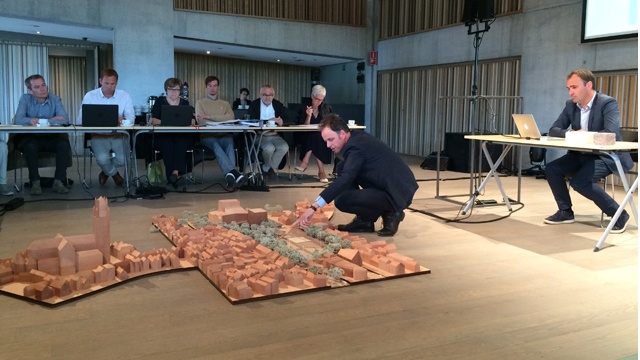