West 8, SO-IL and Charcoalblue have been named as the winning team of the Master Plan competition for Artpark in Lewiston, New York. The master plan reinvigorates the famous 37-acre Artpark, reconnecting it to its 1970’s roots as a key location for the intersection of art, performance, and community.

The plan seizes the opportunity to preserve and enhance the distinct history at the foundation of Artpark, rather than rewriting the park’s narrative. By enhancing the existing amenities on-site and working to engage the support of the Niagara community, the master plan envisions a new age for Artpark that celebrates both its incredible topographies and cultural roots. Altogether, the design vision embraces the essence of the place and harmonizes the geologic and man-made identities through extensive programming.

1. Reveal a New Nature
The Park is activated through materiality and tactility. The land is sculpted through cut and fill operations to develop programmable spaces built into the park’s existing hills and plateaus. Pathways are carved into the ground and land art platforms are built on the displaced earth. The outdoor amphitheater, the design’s centerpiece, is shaped by a deep cut into the gorge; the remaining earth is shaped into mounded pillows for audience seating.

2. Amplify Environments
Plateaus and pockets are placed strategically to amplify the existing environments present on the site. Networks of paths and bridges, viewing platforms, performance venues, and artist galleries are positioned to maximize the valley’s incredible views, while building a robust network to connect existing iconic art pieces, such as Owen Morrel’s Omega and Chris Burden’s Beam Drop, with new additions.

3. Modulate Frequencies
Building on the park’s summer concert and performing arts series, the master plan works with seasonal frequencies to propose programming and venues which can extend the park’s calendar to encompass a year-round series of events. The repurposing of the Mainstage Theater and establishment of indoor and outdoor galleries, artist studios, and workshop spaces reframe the park as a potential space for year-round activation.

History
The Artpark site boasts extraordinary topographies. Steep, rocky slopes carved by glacial activity frame sublime views of the densely forested valley of the Niagara River Gorge. In addition to natural amenities, Artpark itself was built in the 1970’s on a foundation of spoils from the Niagara Power Plant which were deposited in an existing quarry. From 1978 to 1989, they were reclaimed by environmental artist Joshua Newton when local communities donated over 3,000 truckloads of earth and compost to cover the spoils. In many ways, the master plan proposal is driven by this unique overlay of natural and man-made topographies.

From 1974 to 1984, Artpark hosted its acclaimed visual arts program. Many artists at the forefront of land/environmental art, installation art, and performance art convened to establish Artpark as a critical platform for the greater dialogue of the dominant arts movements of the 1970’s. Today, Artpark is most known within its community for its summer concert series held at its mainstage theater which accommodates up to 10,000 guests. 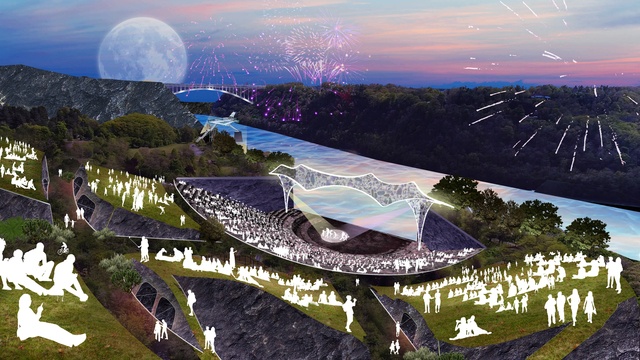 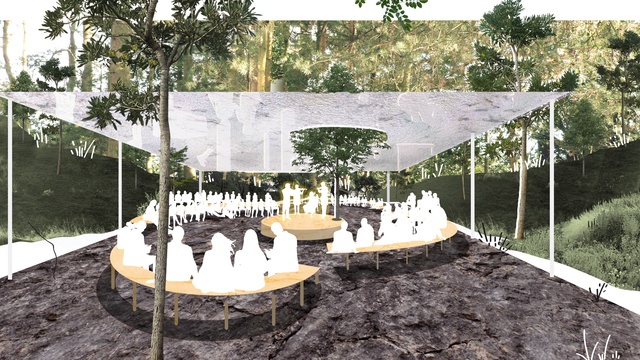 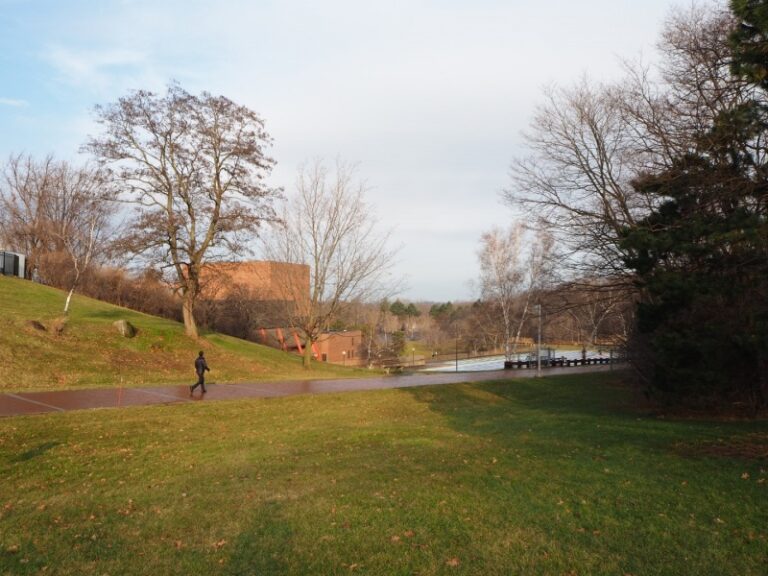 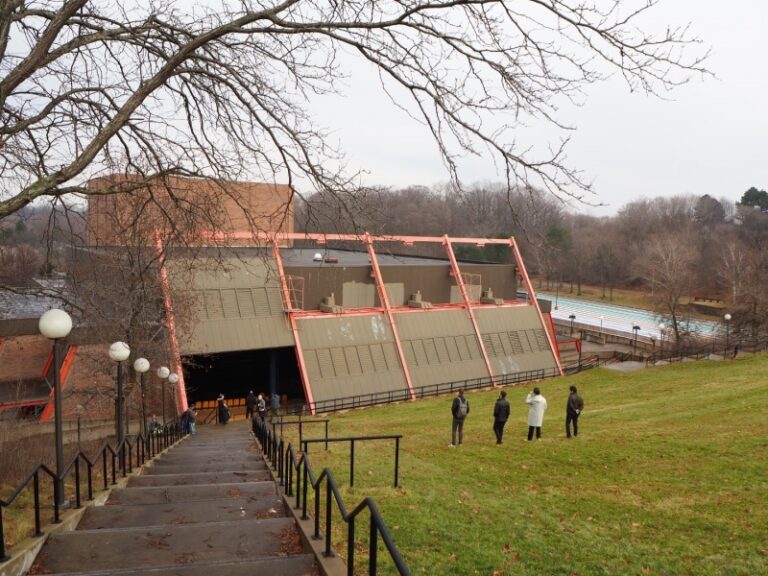 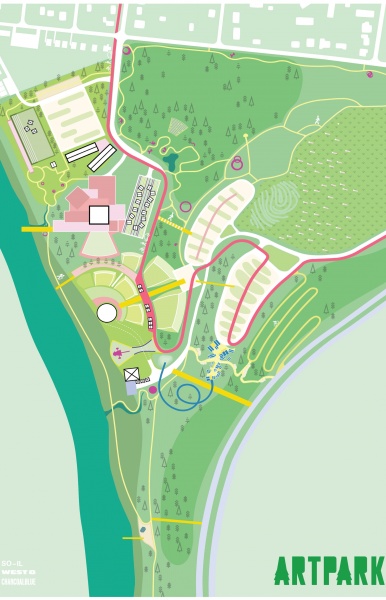