Miami Beach, FL, July 15, 2009 – West 8 has been selected by the New World Symphony and the City of Miami Beach to design Lincoln Park. The new 2.5 acre urban park in the cultural and civic heart of downtown Miami Beach will serve as an outdoor performance space for the New World Symphony as well as a distinctive park for residents and visitors. West 8’s design approach calls for an integrated relationship to the Frank Gehry-designed New World Symphony building a new park that balances the building design, the surrounding context, and its own programmatic and design ambitions.

Commenting on the unanimous choice of West 8 from a dozen firms vying for the $13 million project, Robert Wennett, chairman of the selection committee said ”We selected a firm that is the most creative and has a record of coming up with innovative ideas in very challenging environments all over the world.’

Adriaan Geuze, Design Director and West 8’s founding partner stated “Miami Beach is a city whose culture and lifestyle demand a euphoric design: perfectly international in spirit, playing off of the climate, and serving as a tribute to the architecture. West 8 is proud to make this project a welcoming space for the people who will visit and play here.”

Jerry van Eyck, principal-in-charge of the project adds “The project has to address an aggressive schedule along with multiple program goals to serve as a premiere place to listen to music, a gathering space, and a great day-to-day use park. West 8 is known for delivering projects on-time and on-budget, and has organized our staff and resources to accomplish this for Miami Beach.” 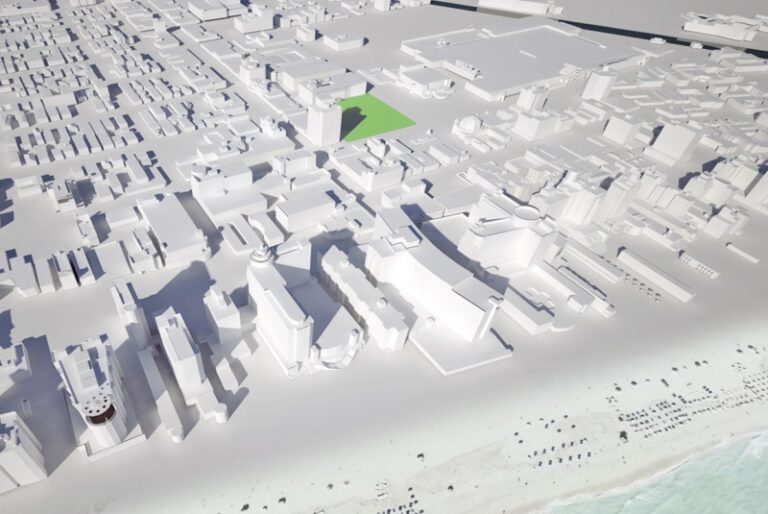