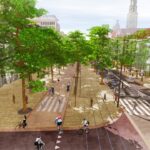 On Thursday the 3rd of September, Councilman Adriaan Visser and West 8’s Adriaan Geuze unveiled the redesign of the 1km long Coolsingel to the public at official press conference. The new street profile creates a broad, green esplanade paved in natural stone and equipped with a spacious two-way bicycle path, that will transform Rotterdam’s car dominated boulevard into a comfortable space for pedestrians and cyclists.

The vision restores the allure of the 19th century boulevard which Rotterdam once had and will see Coolsingel become the new heart in downtown Rotterdam. More space for slow traffic will be found on the West side of the street (next to Lijnbaan). While, on the east side (adjacent to the Stadhuis) vehicular traffic will be organized into three lanes. The tram remains in the middle of the boulevard. In this way, the Coolsingel will reconnect the north and south and the east-and west sides of city center.

West 8’s design places renewed emphasis on the visitor experience to the Coolsingel. Whether on foot, by bike, public transport or by car, Coolsingel will offer visitors a warm welcome. Capitalizing on the quality of the existing green space and combining it with a new high quality public space the design creates a place for meeting at all times of the day and in all seasons. Framed by trees, terraces and pleasant seating areas, visitors can stroll, shop or sit on a terrace.

At the end of 2013, the Rotterdam municipality selected West 8 urban design & landscape architecture in association with BeersNielsen and Sweco to develop a new spatial design for Coolsingel, one of the main arterial routes in the city. West 8’s holistic design approach sees the Coolsingel become an attractive boulevard for all of Rotterdam’s citizens. The street remains accessible by car and more space is freed up for pedestrians and cyclists.

The improvements to the Coolsingel are part of the city’s ‘Binnenstad als City Lounge’ program (Literally the City Center as a City Lounge), that aims to stimulate new development in the city center and make it more lively and attractive.

On Thursday the 15th of October at 8.00pm ‘Stadsgesprek’ (city debate), organized by the municipality of Rotterdam and AIR will take place at Zaal Staal (Beursplein 33). West 8’s Adriaan Geuze will present the design for the Coolsingel, after which there is the opportunity for public feedback. Comments and suggestions raised during this event will be taken into account in the future detailing phases of the project. Construction of the project is slated to begin in 2017. 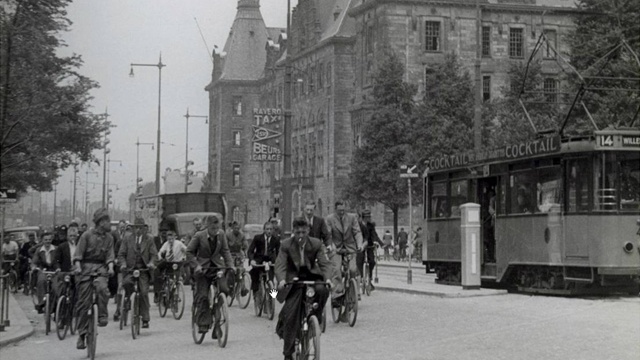 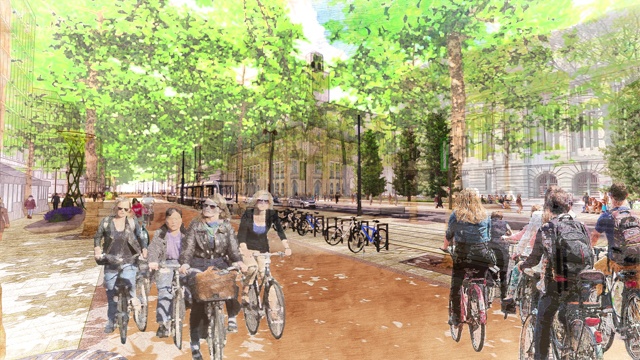 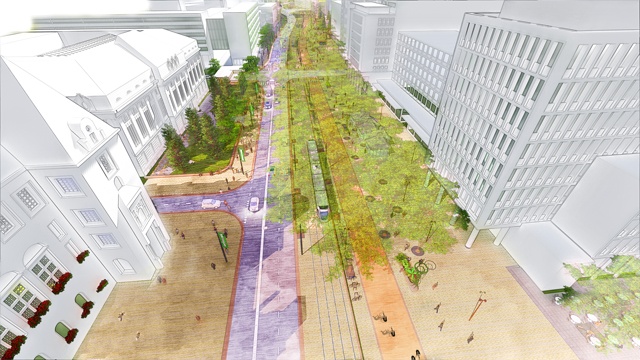 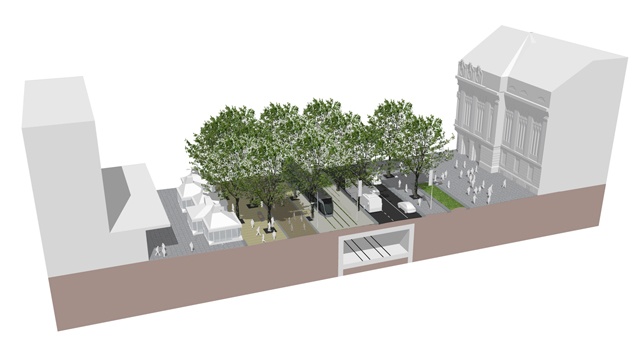