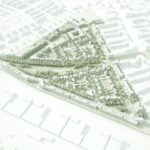 Aurelis Real Estates GmbH & Co.KG has announced that West 8 is one of three teams awarded 2nd place for the urban design and landscape conceptual planning competition Brunecker Strasse (ehem. Südbahnhof), Nuremberg. All three teams are invited to bring their proposals forward to the next stage.

Aurelis Real Estates owns the former freight station area on the Brunecker Road (South Station) in Nuremberg. In close cooperation with the city of Nuremberg, this 90 hectare site is to be developed into a new urban mixed-use district complete with residential, civic and commercial uses as well as a variety of public open spaces.

In order to achieve a suitable planning concept that fulfils the goals of this ambitious development project, Aurelis Real Estates organized a invited urban and landscape planning competition. The competition brief demanded a high standard of urban design and that teams tackle the environmental and sustainability issues associated with the site.

12 teams were invited to enter stage one of the competition which was held Spring this year. On 30th of April, Aurelis Real Estates and the City of Nuremberg announced the three 2nd place winners who shall proceed to the next stage of the competition, which will begin in summer:

The next stage of the competition will commence in July 2015. 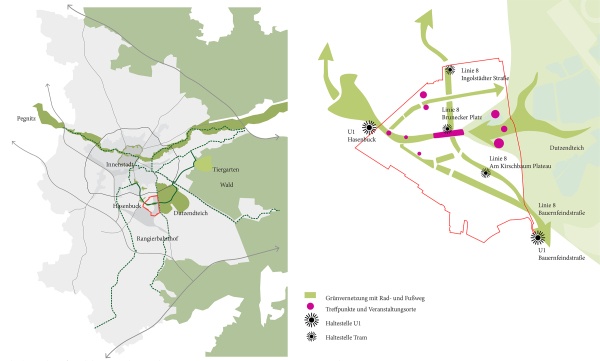