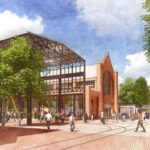 On December 8, Bureau Hengelo announced that West 8 has won the design competition for the Hengelo market square. With a majority of 68% of the votes, the public opted for West 8’s design, disqualifying the two other competitors Mecanoo and IAA Architecten. All Hengelo citizens of 8 years and older were allowed to vote this week for their favorite plan.

West 8’s design meets the need of making the large sized market square more intimate and pleasant. To reduce the vast space, the design proposes a rebuilding of the old Stork Hijsch-buildings, which will serve as a cultural market hall.

These buildings once belonged to machine manufacturer Stork, a company that settled in Hengelo in 1856 and has been of great importance for the development of the city. The halls were demolished in 2015 after much debate. Their reconstruction increases the visibilty of Hengelo’s technological heritage.

The multifunctional market hall allows for a cultural programming of events, exhibitions and restaurants. It features a series of mechanically moving animal sculptures. Like a parade, they can move through the city center along a marked route. A custom pavement pattern makes Hengelo’s past more visible in a playful and contemporary way.

In addition to reducing the space on the square and adding a cultural program, the design introduces other elements to create a more attractive atmosphere. The Brink and Molenstraat will become greener with more trees and grass. The edges of the market square offer space for terraces and the weekly market. Together with warm colored pavement, new trees and a fountain, the entire area will have a more intimate character. The Hengelo bears, a sculpture group of artist Marjolijn Mandersloot, will move to the Brink Tower.

In the coming period West 8 will further develop the plan together with local associations, institutions and residents of Hengelo. 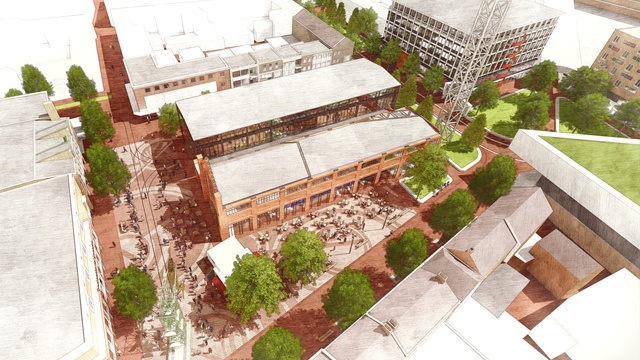 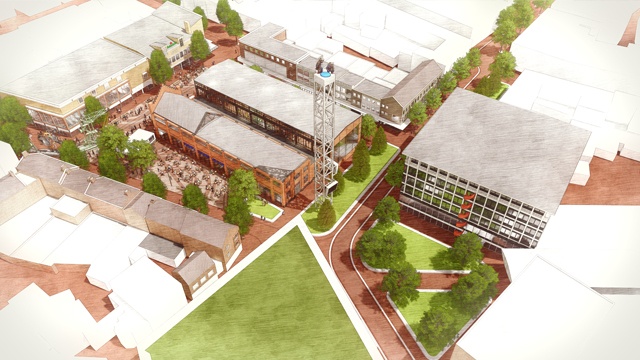 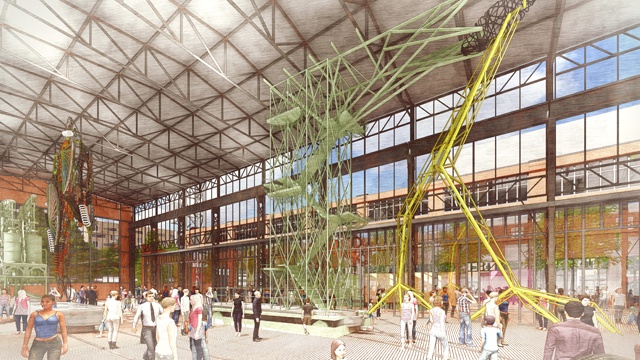 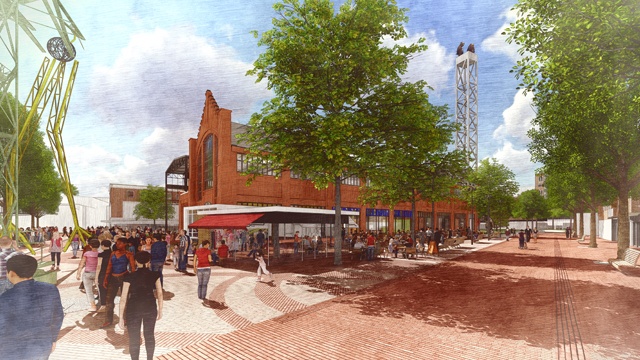 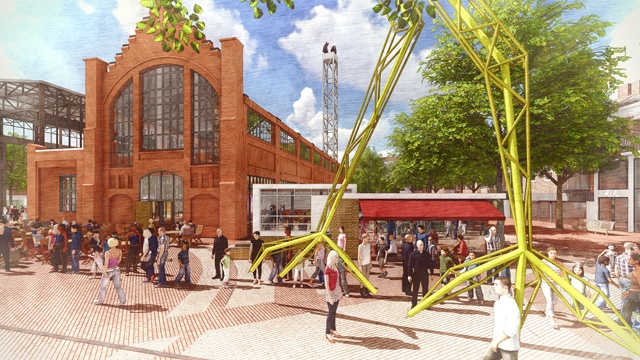 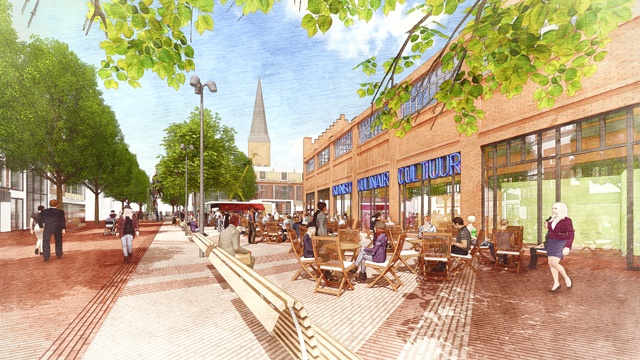 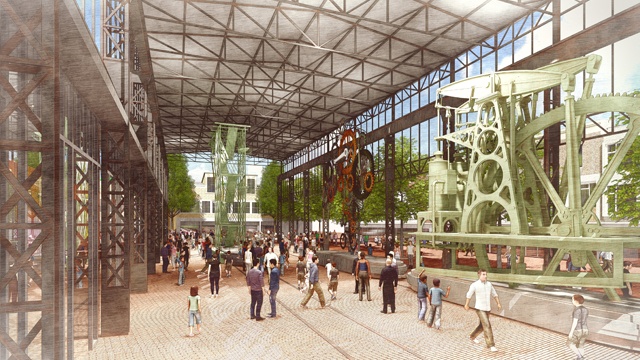