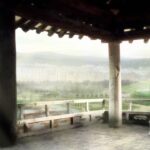 West 8 has won International Competition for Master Plan of Yongsan Park, Korea. On the 23 April, the organizer of the competition, the Ministry of Land, Transport and Maritime Affairs of the Republic of Korea announced the exciting news.

The project site is a large area in the centre of Seoul with a total area of circa 243 ha that has been in use as a military base for an extensive period both during the Japanese occupation and under post-War American protection. The vision of the competition, as described in the brief, is to create a park in which nature, culture, history and the future are in harmony. It will be a park which restores, sublimates, and expands upon the history and local characteristics of the area. This park shall regain the respect for nature and reclaims the lost and damaged ecological system. It will eventually become a park of new urban culture for the preservation of green spaces and a sustainable future.

The new Master Plan for Yongsan National Park proposed by West 8 + IROJE has been developed through an interactive process that has consistently returned to the fundamental concept of healing. The act of healing is a process that transforms the existing site through an awareness of its history into a world-class park that inspires illusions of nature, ecological restoration and a wide ranging urban park culture.

The act of healing is developed on three fundamental levels in the transformation of the site:

Landscape architect WEST 8 in Rotterdam, together with local architect IROJE architects & partners, Prof. Kim, Nam-choon, botanist and professor of Dankook University, Prof. Kim, Bong-ryol, Professor of Korean Architectural History at National University of Arts, and DONG IL Engineering Consultants Co., Ltd. are now given the chance to lead the design development of the Master Plan for the creation and structuring of the park. The construction of the park is scheduled to start in 2017 after the evacuation of the American military base from the project site.

The jury believes that “this project can evolve and adapt in response to the expertise of the local community and deeper cultural values,” as Christophe Girot, the selection jury chairman, said in a statement.

An award ceremony will take place at the National Museum of Korea on the 25th of May, 2012. 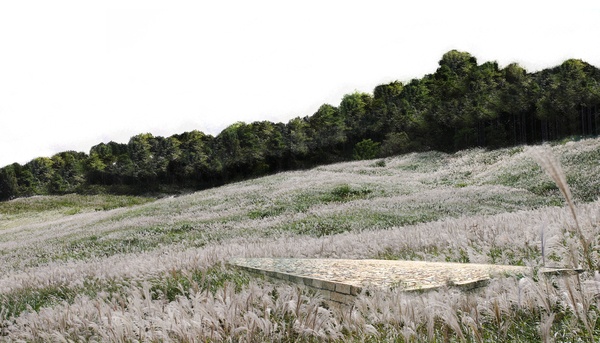 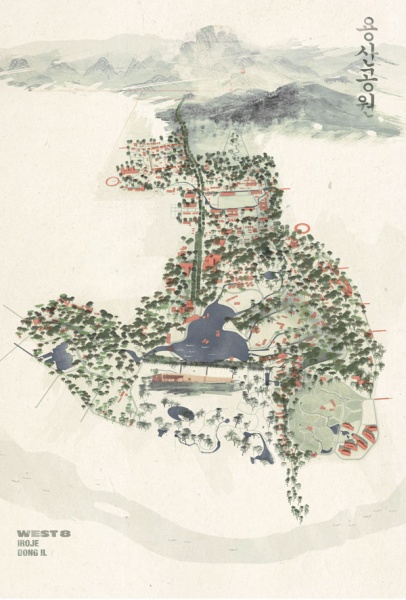