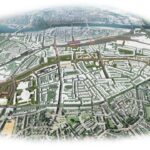 With the completion of the main infrastructure in mid-2017 and the overground green public space that was realized and started to be used from June 2018, the Groene Loper project has moved forward to the realization phases of residential development. Ballast Nedam Development annoucese lately the materialisation of West 8’s master plan for the real estate part of De Groene Loper (The Green Carpet) in phases.

In 2015, the project team Consortium Avenue2 decided to adjust the internal divisions for follow-up phases of the A2 Maastricht De Groene Loper project. This has led to Strukton being responsible for infrastructure and public space and that Ballast Nedam Development become responsible for real estate development, whereas West 8 has continued to support both divisions on the integral design until to date.

Playing a key role as urban designer, during the last 3 years West 8’s design has also since then shifted from focusing on the public artworks and the green space design for slow traffic in the early stage, to a master plan design for the real estates inner-city park avenue development strategy.

In early 2018, West 8’s urban design Masterplan De Groene Loper was presented to the public. It focuses on the design of the residential buildings to be realized in the future phases and their positioning on the public space. It is an integral plan for both the city and infrastructure. Recently, a local newspaper Dagblad De Limburger made a special report introducing the plan to the local and future residents. 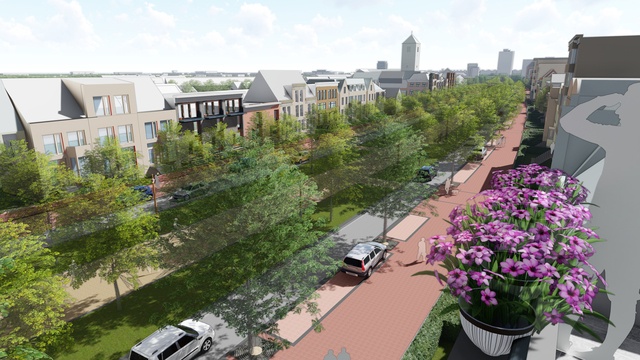