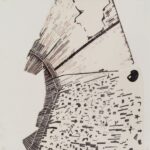 What is the Landscape of the Netherlands? A discussion with Adriaan Geuze

The landscape of the Netherlands is essential to writers and poets. They derive inspiration from it, use it in their work, or research it as a component in a shared identity. But this landscape is subject to massive change. It is impossible today to find a place that has not been affected by human intervention; every square centimetre has been shaped and planned by humans. Ancient borders are blurring – between inside and outside, public and private, culture and nature – and the traditional view of city and landscape as mutually exclusive phenomena is slowly receding. City and countryside are becoming increasingly interwoven.

To mark its 180th anniversary, the literary magazine De Gids has asked authors and poets to render Dutch landscapes in essays and poems. The anniversary edition of De Gids will be presented at Het Nieuwe Instituut on Thursday 12 October, at 20:00-21:00.

West 8’s Adriaan Geuze joins author and philosopher Dirk van Weelden to discuss about ‘What is the Landscape of the Netherlands?‘. This evening’s discussion will be moderated by Marten Kuijpers and interspersed with readings by the writers and poets Maria Barnas, Peer Wittenbols, Sasja Janssen and Maarten van der Graaff.

This Thursday Night is part of the programme track Landscape and Interior through which Het Nieuwe Instituut will address and research the changing world and associated spaces, in order to redefine our understanding of space.

Tickets and information can be found here.