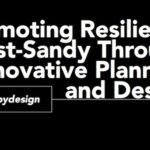 The goal of the “Rebuild by Design” competition, sponsored by the Hurricane Sandy Rebuilding Task Force, is two-fold: to promote innovation by developing regionally-scalable but locally-contextual solutions that increase resilience in the region, and to implement selected proposals with both public and private funding dedicated to this effort. Donovan kicked off the research and concept design phase of the competion by stating that he had “never seen such a collection of interdisciplinary talent like that represented by the (selected) teams”.This phase of the competition concludes in February of 2014 with submission of schematic proposals for site-specific design solutions.

Team WXY+West 8 Team has chosen to focus on the competition category “Ecological and Waterbody Networks”, working regionally, across political boundaries and beyond baseline protective measures.

The WXY+West 8 Team believes in seeking out multiple benefits for design ideas—for every dollar spent in recovery efforts, there should be a community, economic, ecological and social benefit. When Superstorm Sandy hit the Eastern Seaboard, she was over 1,100 miles in width, with winds up to 89 mph. The dynamic nature of the coastal environments along this length of America’s coastline is further complicated by wide variation in types of settlement —from the nation’s largest cities to small, beachfront communities, all featuring distinct patterns of growth.

In order to cover all bases and collect the widest potential thinking, the WXY+West 8 team is composed of a group of the eastern seaboards’ sharpest urbanists, economists, and scientists, along with their Dutch counterparts in landscape architecture, regional planning and coastal engineering—all of whom are working nationally and internationally. The team shares an understanding that complex and dynamic systems require an integrated “think tank” approach.

Our team will first take a multivalent look at the outermost conditions of the Northeastern American Coastline—its barrier islands, inlets, wetlands, and riparian estuaries and the way they interact with settlements, towns, and the largest cities, in order to define specific sites for study. WXY+West 8 will develop a series of prototypical transects that run from the shoreline to hinterland, providing solutions that can be adapted at other locations along the eastern seaboard.

In March of 2014, winning teams will be invited to further develop design proposals for on-the-ground implementation with use of Federal Disaster Recovery Funds.

The competition process is expected to strengthen understanding of regional interdependencies, fostering coordination and resilience both at the local level and across the United States.

For more information about the competition, visit: Rebuild By Design 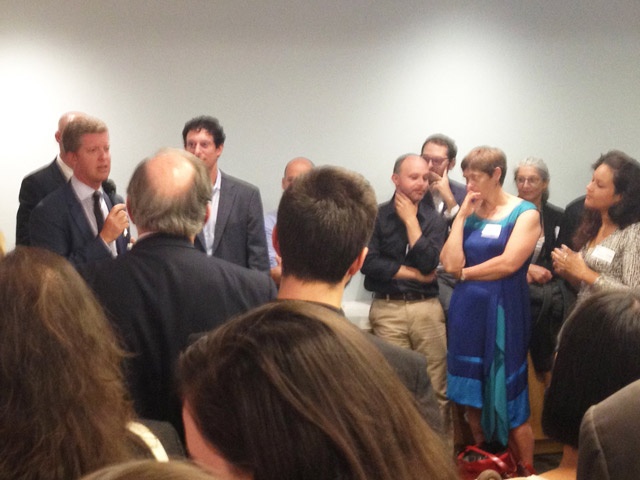