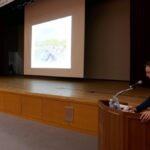 On 25th November 2016, the updated Yongsan Park Masterplan, titled ‘Yongsan Park, Healing and Recovery of the Heart of Seoul’, was presented to the public and media, at the auditorium of the National Museum. Panels illustrating the scenery of the envisioned park, and a 3.5 meter by 5 meter scaled model of the future Yongsan Park, were shown to the Minister, the Yongsan Park Committee, and to numerous members of the Korean Press. General public, local experts, scholars and stakeholders attended the meeting with much enthusiasm.

Together with Mr. Kim Kyung-Hwan, vice minister for Ministry of Land, Infrastructure and Transport, West 8’s Adriaan Geuze and IROJE’s Seung Hyo Sang participated in a subsequent podium discussion and explained how they would join forces with local citizens and community groups, to work towards achieving the goal of preserving this culturally, historically and ecologically unique park, with the ultimate aim for it to become Seou City’s future cultural landmark.

In accordance with the original plan, the US army will withdraw from the site in 2017, which will result in 1200 existing buildings being vacated. In consultation with local heritage experts, these buildings will be assessed for their historical and cultural value. The general public in particular, is encouraged to participate in the planning process and is encouraged to participate in site visits and public presentations. The aim is to collect a diverse range of opinions and ideas and a cooperative design panel, consisting of Korean citizens and the Seoul City Government will be formed in 2017 to help guide important programing decisions for the future Yongsan Park.

Officials of the Ministry of Land, Infrastructure and Transport commented: “It is very important to listen to the opinions of our citizens whilst assessing valuable buildings, and to their ideas for the re-programming and future use of these buildings. We will take their comments into account, which is a huge and very important task.” The idea is to remain flexible in the planning. A genuine reflection of the culture, ecology and history of the site shall remain the compass for the future design panel.

Another question raised during the podium discussion concerned possibly polluted soil on the current site. “Contaminated soil is a constant issue that we, landscape architects, face everyday,” said Adriaan Geuze, “this is not a local problem of this military site of Korea, but a global one. West 8 has been responsible for dealing with problems of soil contamination around the world in 20 countries. We work closely with engineers and experts who can solve and mitigate these problems”. He ensured to the public that he is confident on dealing with the soil remediation issue, “given some time, this problem can be resolved.”

As four years have passed since the international design competition was held, there were also questions about the difference between the current update and the initial winning proposal. Architect Seung Hyo Sang said “it has been necessary to adjust the plan to reflect the Korea-U.S. agreement, which has resulted in a realignment of the site boundary. “Parts of the park have been redesigned to retain the original design principle” he said. “Such alterations are necessary to achieve a complete city park; a national park”. The current site of Yongsan Park is a walled, prohibited area in the heart of Seoul, and is completely cut off from the surrounding city. How to incorporate the park into the urban fabric of Seoul City is yet another significant task for the design team. “Although it is located in the centre of Seoul, it appears as an isolated forbidden land. The edges of the future park shall resemble and respond to the surrounding urban context,” architect Seung Hyo Sang said. Adriaan Geuze, “We are investigating how the park can be linked with its surroundings, and we hope in this design that the park will be anchored into the city,” he said.

The essence of the design is the restoration and dramatization of the original topographic ridgeline connecting Yongsan Park northward to Namsan, and beyond to the distant Buk-ak Mountain. This conceptually ties the park into the continuous North-South ridgeline that defines the landscape of the Korean peninsula – the “Baek-du-dae-gan.” Along this newly established topography, West 8 has created diverse biotopes that give illusions of the many beautiful landscape types that make up Korea. From open meadows to deep forests, from rocky cascades to cleansing wetlands, Yongsan Park provides visitors with an ever-changing landscape experience for all seasons.

Yongsan Park is, and will remain, a historically important place

Adriaan Geuze, “South Korea has a long history dating back from ancient Korea, we see it from its food culture, in the spirit of people, in poetry, its art, all these cultural assets are accumulated and reflected in the most cosmopolitan and modern part of today’s Seoul” and “to create a park where various concepts and values can come together, an extensive variety of activities beyond the cultural and philosophical history should all co-exist here within one space. It is a very complex task, but it is our mission to accomplish it” he said.

While investigating the history of the Yongsan Park site, Geuze and Seung have tracked traces of history of the buildings; its topography and eventually developed an idea of how to enhance the beautiful scenery of Korea, so that the younger generation of today, and those to come, can enjoy the park. Both key designers participated in the discussion and concluded, “The park will be truly completed by those who use it. Architects and landscape architects can only lay the basis. This is meant to be a place to communicate with more people and to enrich our lives. It is therefore imperative that everyone participates in it.” 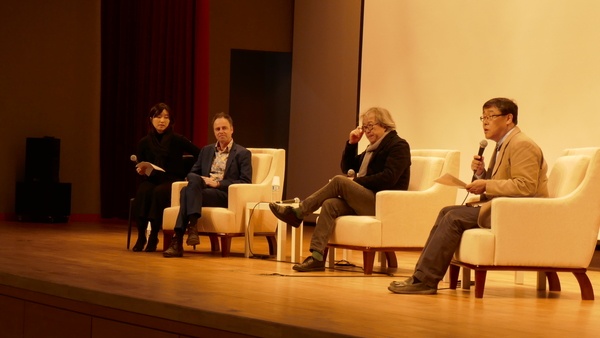 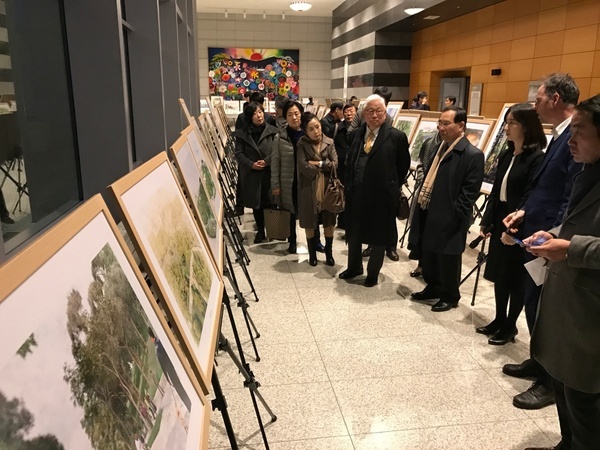 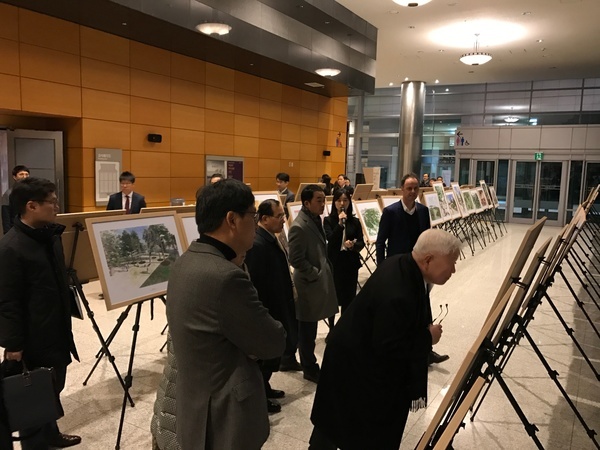 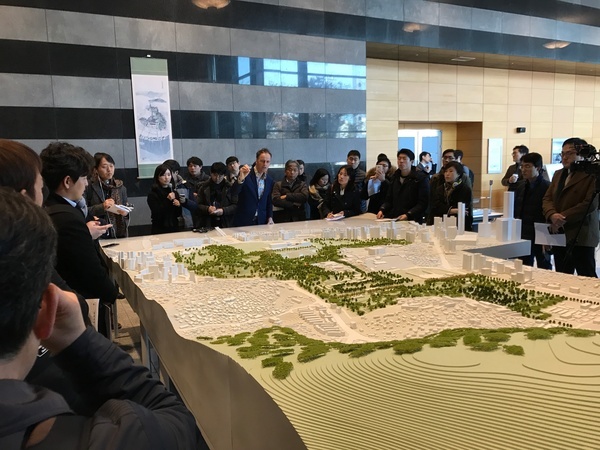 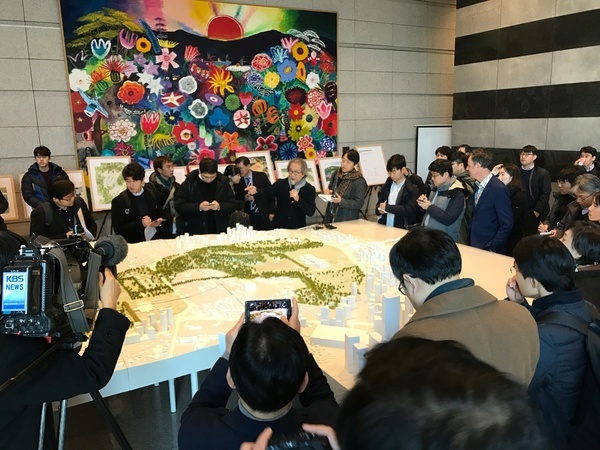 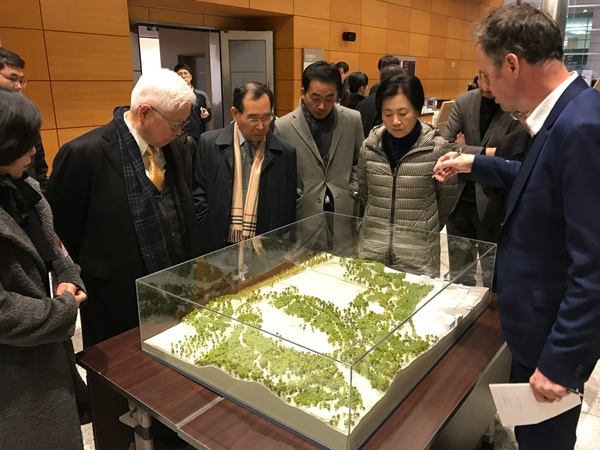 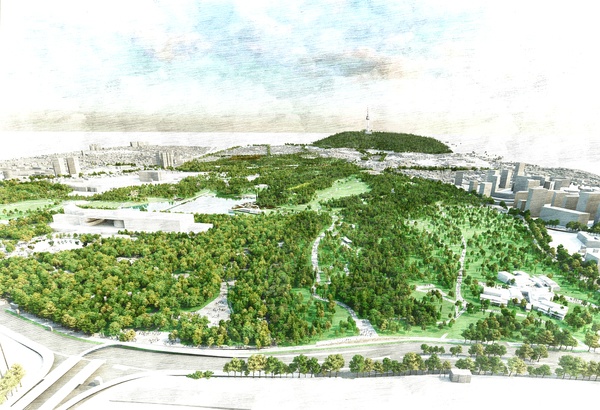 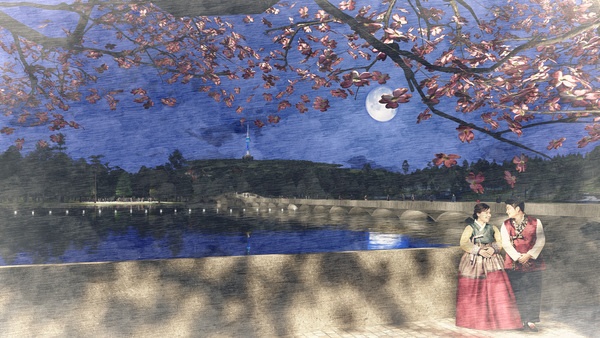