Zhangjiang Art Park, located within Zhangjiang Science City, a 455-hectare hi-tech mixed-use neighborhood in the Pudong district of Shanghai, was originally two separate parks built in different eras and given completely different landscape styles. The northern park was relatively open, while the southern park, home to the Zhangjiang Art Museum, was too densely cultivated. Over the years, a large contemporary sculpture and installation collection had accumulated within the restricted southern park.

As part of West 8’s 2017 design for the Northwest District Urban Upgrade Plan of Zhangjiang Science City, Green Frame Park, a large green belt wrapped along Bibo Road, was introduced. The park will extend into the Northwest area of the city, aiming to trigger urban diversity and stimulate cultural and commercial development of the entire district.

The newly completed Zhangjiang Art Park Upgrade Project, which renovates and reunites the two dated parks, was chosen to be the kick-off project of the multi-phased implementation of Green Frame Park. The new park is anticipated to simultaneously bring new pulses of social ecology and urban regeneration to the entire Northwest District of Zhangjiang Science City. A comprehensive urban repositioning and design analysis form the foundation of the Zhangjiang Art Park Upgrade project. The first key step of the transformation was to define the relationship between the park and the public realms of Bibo Road and Zuchongzi Road.

Enhancing Circulation – Urban Reconnection
Clear, organized circulation is essential to the visibility within the park and to the safety of users. The waterfront boulevard which propels along the park edge of Bibo Road has been widened. This new pedestrian boulevard provides increased circulation within the soft landscapes. A fresh water lake with a lush water edge spreads along the eastern side of the boulevard and forms a backdrop for an extensive pathway system featuring pedestrian bridges. The paths efficiently intertwine and knit together significant spaces and provide attractive entrances and easy exits. The waterfront boulevard works like a zipper to restitch the once separated surrounding urban fabric and green spaces.

Emergence of Social Control
Another strategy seen in West 8’s park upgrade is the removal of all overgrown shrubs seen throughout the park. By removing these shrubs, many of which were almost two meters high, a new green open space with clear sightlines was created. This transparent urban public green space successfully establishes an integrated social control system.

Formal Entrance with Delicate Transition
The central axis of Zhangjiang Art Museum now provides visitors a layered spatial experience with a unified design language. An entrance plaza with a stunning canopy of cherry trees is placed adjacent to the rustling Zuchongzi Road. A beautiful main entrance with lush tree crowns filters out the busy atmosphere of Zuchongzi Road. Here, visitors find their way efficiently into the calm green environment of the park.

Hidden Treasure
The once concealed pieces of artwork were hidden treasure within the park. Today, they have been carefully rearranged to sit in unique spaces which celebrate their magnificence. These art pieces have regained their spot on the stage and are now a highlight of the park. The wide green belt of ground cover are to burst with seasonal delights and two spacious lawns for sunbathing or eventful activities create a pleasant and integrated urban green space which incorporates the natural world with the urban environment, offering a platform for the emergence of an inclusive and connected community. Zhangjiang Art Park is anticipated to be a catalyst and inspiration for further development of Green Frame Park, setting the stage for what will become one of Shanghai’s most dynamic and vibrant urban neighborhoods. 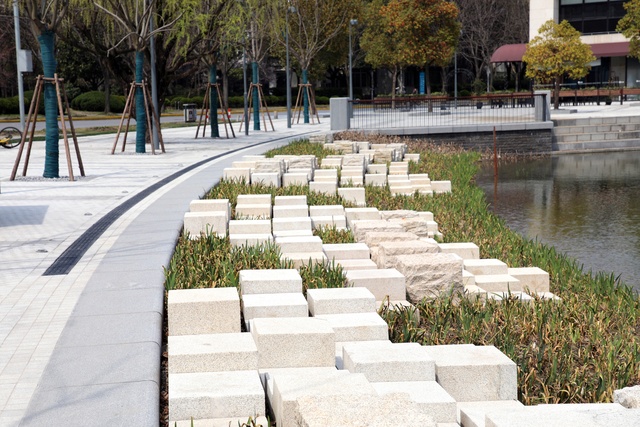 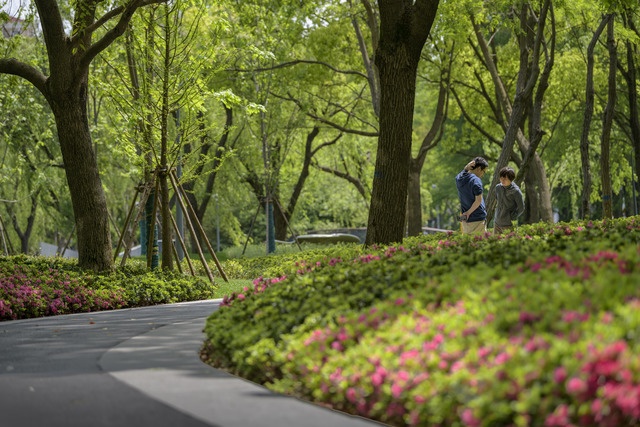 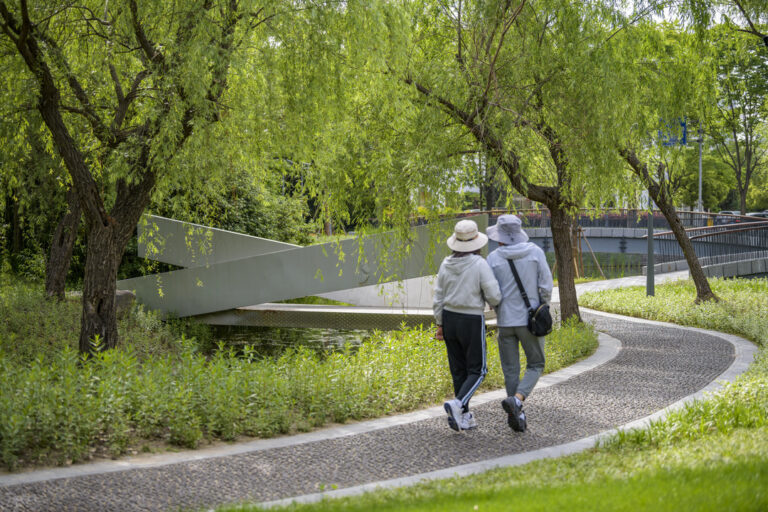 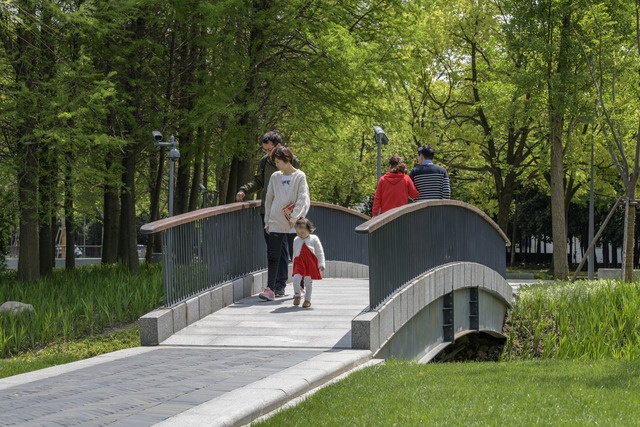 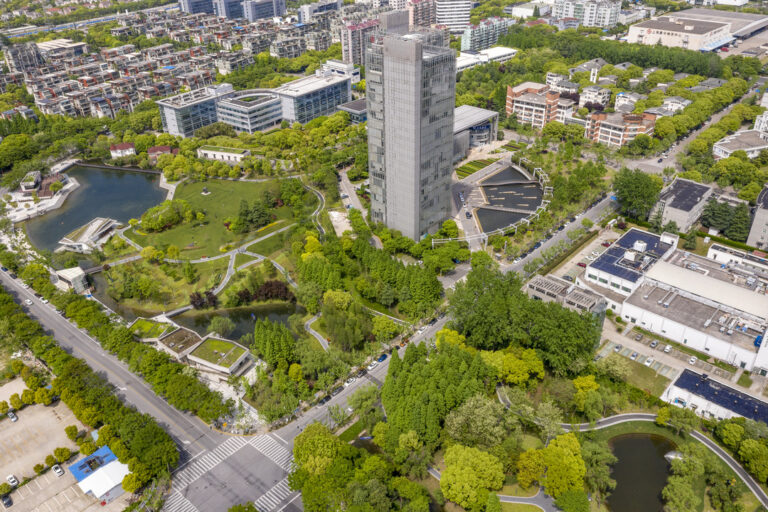 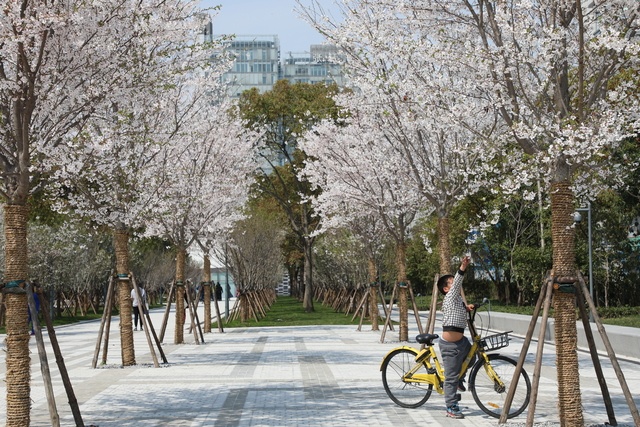